This post is basically summed up in the title. However, if you fancy more details then you might be pleasantly surprised to know that Himalaya Airlines has welcomed it’s third Airbus A320 in just one year. ONE YEAR. Nepal Airlines, where art thou?

We may have seen many Nepali international airlines come and go, announce extravagant plans that failed to materialise but here we have Himalaya Airlines who seem to be working against all odds and simply surprising us. The airlines has also announced daily flights between Kathmandu and Dubai beginning this 28th of April. The route is currently being serviced by Nepal Airlines and FlyDubai. After the recent negative news about FlyDubai and it’s discriminatory treatment towards Nepali passengers, those with the luxury to be picky with airlines may very well go for Himalaya or Nepal Airlines, making the competition stiff between the two airlines. 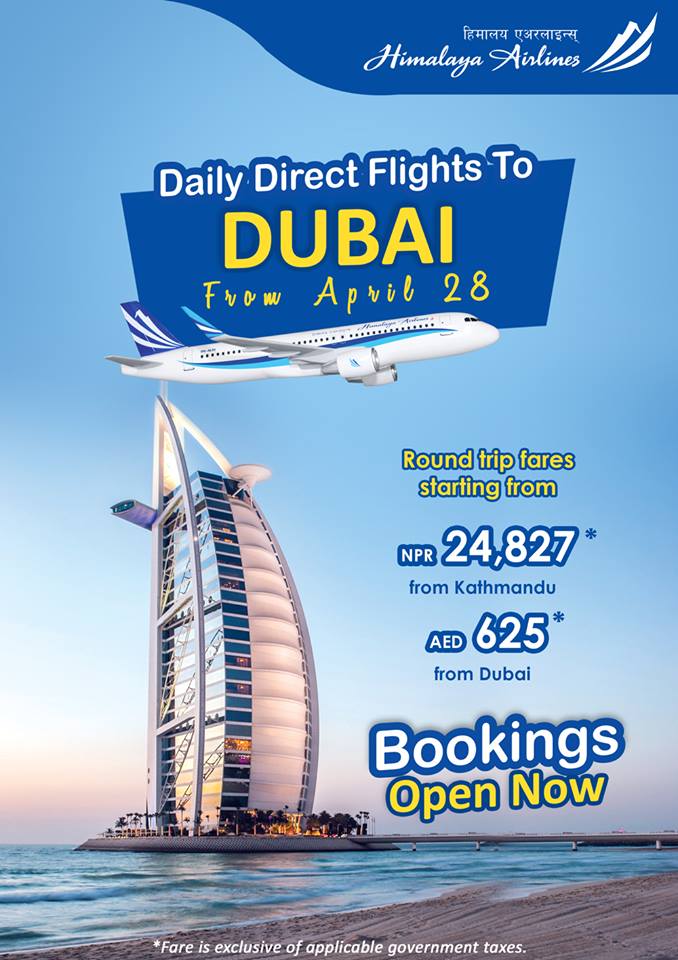 Of course, the new introductory return fare for Kathmandu – Dubai – Kathmandu by Himalaya Airlines comes at just Nrs 24,827. That’s even cheaper than a fancy weekend in Pokhara! I have to add that Nepal Airlines recent signing for the two new wide-bodied Airbus A330 is a promising move, however that does come with a waiting time of more than a year. With Nepal Airlines soon bidding farewell to its two Boeing planes, it’ll be fascinating to observe how it will cope with only two Airbus A320s.

On the other hand, Himalaya Airlines has set a target to acquire 15 aircraft in the next five years. Well, they added three in one year! They might just make it happen.

Lex Limbuhttps://lexlimbu.com
Lex Limbu is a non-resident Nepali blogger based in the UK. YouTube videos is where he started initially followed by blogging. Join him on Facebook and follow him on Twitter.
Previous articleWatch How Young Nepalese Children Are Learning Nepali Through Dance
Next articleWATCH: The Different Types Of Bro’s You Hang Out With

Send money to Nepal with Taptap Send this Dashain and you could stand a chance of winning a brand new iPhone 14!
Read more