Juggling between her final year examinations and the promotions of her upcoming film BLACK SUMMER, eighteen year old Ambika Rai is in a position that many others are envious of. The Farnborough based Rai is currently preparing for the release of her debut Nepali film BLACK SUMMER which has been filmed in the UK. The British Nepalese film by LBS Film Production UK Nepal signed up Ambika at the age of seventeen after seeing her praiseworthy performance during the workshop and previous projects of the production. Director Milan Chams also played a key role in scouting the young talent.

Having lived in the UK since the age of seven, BLACK SUMMER presented not only an opportunity but brought with it a set of new challenges as the teenager took on the task of improving her Nepali reading and dialogue delivery. As she nears the second year of her A’Levels, she has the grand premiere of BLACK SUMMER in Reading to look forward to on 24th June. This will most predictably be followed by further screenings of the film around the UK. I caught up with Ambika to speak about BLACK SUMMER.

LEX: Hi Ambika! Great to talk to you. First off, this must be a stressful and exciting time for you right now. So before Black Summer, did you have any prior acting experience?

AMBIKA: Hi Lex! Yes. I’ve been busy doing my exams and now Black Summer release is upon us. It’s definitely one of the busier times of my life. Well going back, ever since I was really young I’ve loved acting and being in front of the cameras. I’ve taken part in school plays and as acting was something I was always passionate about, I also studied it as part of my Year 11 GCSE. It was there that I received the opportunity to work collaboratively, communicate creatively and it also opened up my potential vocational career path.

LEX: So from the idea of wanting to act, enjoying it and seeing yourself on the big-screen to now being one of the lead actors for Black Summer. How did you end up receiving the role in BLACK SUMMER?

AMBIKA: I’ve worked with LB Subba mama in the past to create short films and that’s when he spotted my interest in acting. It was during one of the workshop where I got to meet director Milan Chams and I had to act in front of him and my Black Summer director LB Subba mama. Shortly after, I received a call from LB Mama sharing that I was chosen to play one of the leading roles which was picked by director Milan Chams. Knowing that they saw something in me gave me the confidence to take on such a role at such a young age. I was overwhelmed by their message.

LEX: That’s incredible! This is definitely getting me excited to watch the film on the big-screen. How was the filming experience of BLACK SUMMER?

AMBIKA: The filming experience was surreal! People watch films and easily say “oh that was a bad film” or “oh that was a good film” but the effort put into making the film by everyone involved is unimaginable. We worked our socks off. I have to admit that this was one of the hardest experience I have gone through. It was totally new for me as well. Sometimes we nearly worked for 24 hours.

LEX: Yes I have heard that making a film is like raising a baby. A lot of difficult work. You worked alongside a diverse team, of different ages and different experience set. What did you enjoy about the BLACK SUMMER team?

AMBIKA: I loved my BLACK SUMMER team and wouldn’t change it for the world, they were all so supportive about everything. We supported one and another. I was the youngest artist to play one of the main role for BLACK SUMMER, we started shooting when I was only 17 so the pressure that I had upon me was a lot. I loved working with everyone, they took care of me like their little sister, chori or bhanji. Working alongside artists my age to those a lot older than me gave me an opportunity to learn from different people. My co-star Reema Bishwokarma didi was my rock for this movie, being so experienced herself she helped me so much and I am so thankful to her.

LEX: Can you tell us about any particular challenging moment during the filming?

AMBIKA: Everything was a challenge for me. Apart from my passion to act, I had little experience of being in a film set to working with such varied professionals. I don’t know how to read in Nepali and with the script written in Nepali, my director LB Subba was wonderful in accommodating me so I could deliver my dialogues. Filming in North Wales was the most difficult part of it all because it was extremely cold, windy and rainy. In addition to that, shooting in Dover for the music video was pretty challenging.

LEX: There are a growing number of Nepalese from the UK, going to Nepal to pursue acting, would you like to do something similar and pursue more films after BLACK SUMMER?

AMBIKA: Yes I would love to, I received a couple of opportunities to work with director Milan Chams in Happy Days and Blind Rocks but I couldn’t do it due to the fact that my college was still going on. Otherwise I would’ve gone to Nepal to purse my dream and play in his films as that would be such a big platform for me.

LEX: For young people like yourself, living in the UK or in the urban towns and cities of Nepal, what do you think they will enjoy about BLACK SUMMER?

AMBIKA: Black Summer has such a different story and has a really different plot than any Nepali movie I have seen. The fact that this story is based around youngsters like themselves is something they would enjoy watching as they could relate to the plot. I hope people enjoy our movie and appreciate all the hard work that we have put into it.

LEX: Finally! Before I leave you, describe your character in BLACK SUMMER in two lines?

AMBIKA: My character is lovable, innocent and a very kind-hearted person who faces many challenges in the film. I play a very positive character who has a strong relationship and support by her father. 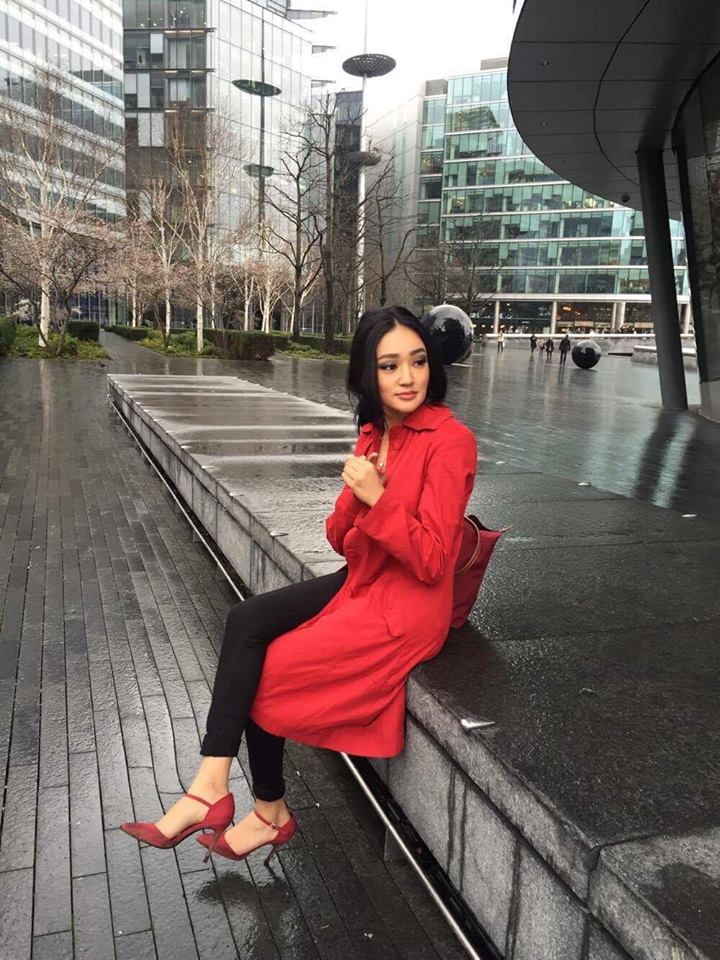 Lex Limbuhttps://lexlimbu.com
Lex Limbu is a non-resident Nepali blogger based in the UK. YouTube videos is where he started initially followed by blogging. Join him on Facebook and follow him on Twitter.
Previous articleRomeo and Muna Enters Second Schedule Of Filming!
Next articleEverest Musical Blast Travels To Harrow and Hawkinge!