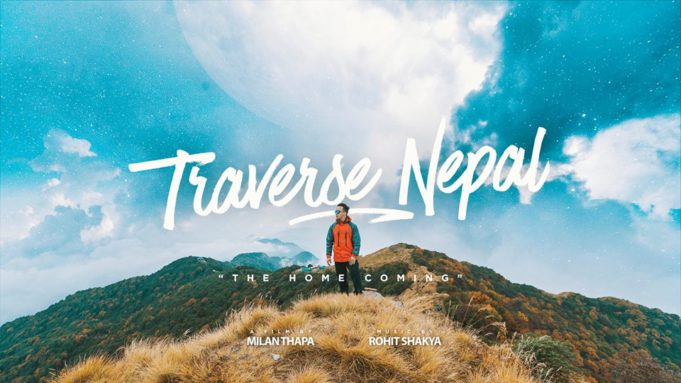 Titled ‘Traverse Nepal : The Home Coming‘, Milan Thapa’s latest visual offering celebrates the best of Nepal in five minutes. The video excels in not only showcasing iconic landmarks of the country and the varied nature of activities on offer but it also features many familiar personalities from the country including Samriddhi Rai, Alis Rana, Girish Khatiwada to rising online influencers such as Sanna Gurung and Sisan Baniya. Thapa who returned to Nepal from Boston, USA for the project in late 2017 says “Traverse Nepal is the most difficult project I have done till now”.

Before his move to USA, Milan worked on creative photo and visual from his home Pokhara and has directed videos of Samriddhi Rai, The Edge Band to LAURE. The stunning video features music by Rohit Shakya. I feel the Mardi Himal Trek has become hugely popular just over the past year and it was spectacular to see it on this video too. That was probably my favourite part of the video followed by of course the jungles of the Terai.