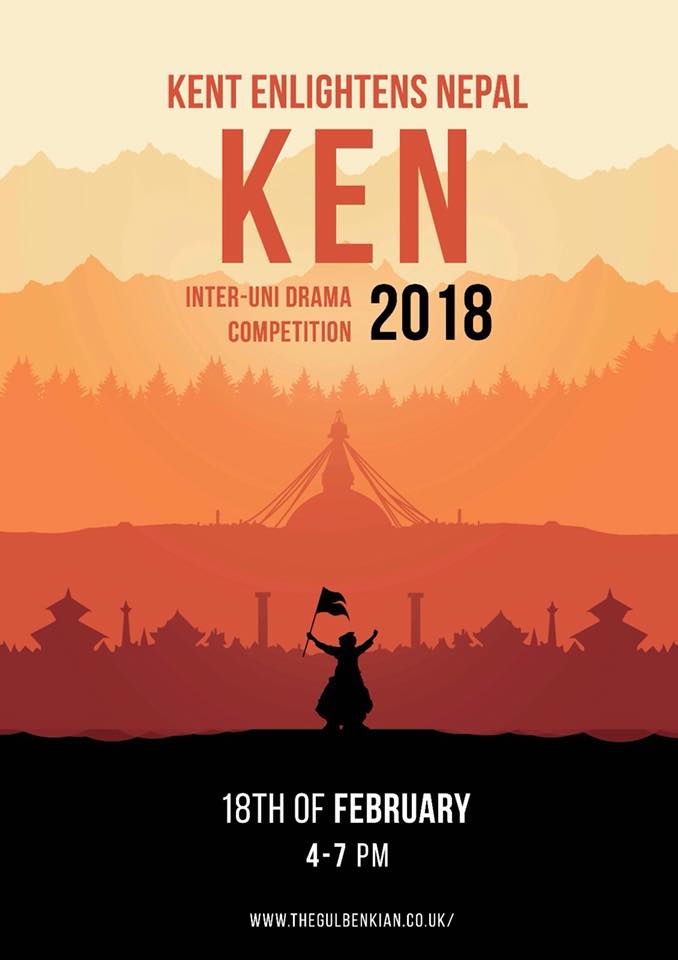 Kent Nep Soc (University of Kent Nepalese Society) are back with their powerful drama competition KENT ENLIGHTENS NEPAL on 18th February at The Gulbenkian in Canterbury. Running on its third year, KEN is an exemplary event by the university’s Nepalese society creating a platform for young Nepali students from UK universities to express stories of their Nepali and British upbringing and issues that affect communities in rural Nepal to modern Nepali households in the UK. The drama competition invites universities from the UK to participate for the event on February 18th.

Having attended the KEN 2017 event, I was simply left speechless by seeing the incredible performances by the participating universities. To see young Nepalese who I assume have spent majority of their years in the UK tackling issues such as the practice of Chhaupadi to caste discrimination left me in awe. Their portrayal, dialogue delivery to the level of acting – was impeccable! I hope to see more incredible performances at KEN 2018. It makes a great evening out and does make you feel proud of the young Nepalese here around us. Kent NepSoc did a faultless job with their organisation and hosting last year, I am sure they’ll keep it consistent this year too.