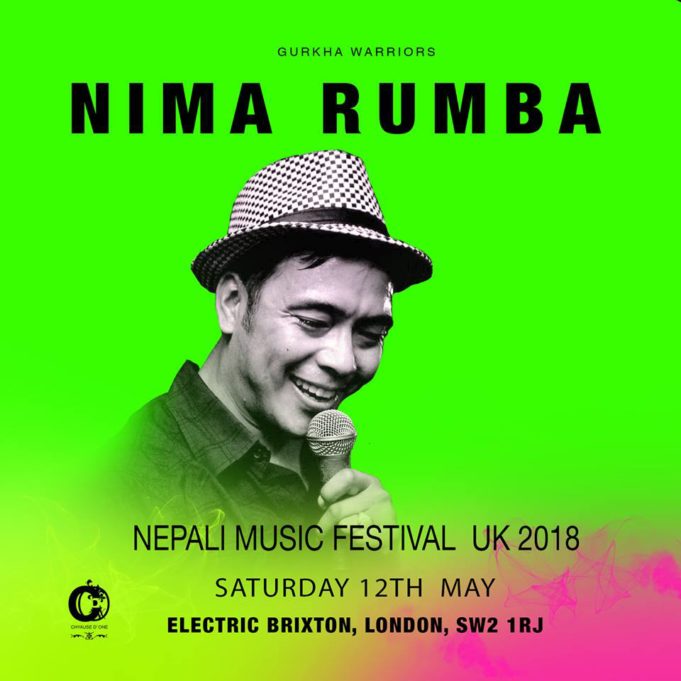 PRITI BASYO singer Nima Rumba has been confirmed to perform at the Nepali Music Festival UK 2018 in London. The musician who has a collection of hits will undoubtedly get the crowd fired up with his hits Au Auna, Block Heels, Huri Batas, Ms Catwalk to Rangau Ki Ma. Rumba who’s often seen performing overseas will be part of Gurkha Warrior’s NEPALI MUSIC FESTIVAL UK 2018 alongside Naren Limbu and The Original Duo Phiroj Shyangden and Adrian Pradhan. The evening will celebrate classic songs to modern pop songs followed by an after-party in the usual fashion.

Tickets for Nepali Music Festival UK 2018 will go on sale soon! Keep an eye out for those early-birds to make some great savings. On that note, enjoy Nima Rumba’s PRITI BASYO – one of my all time fave songs by him.