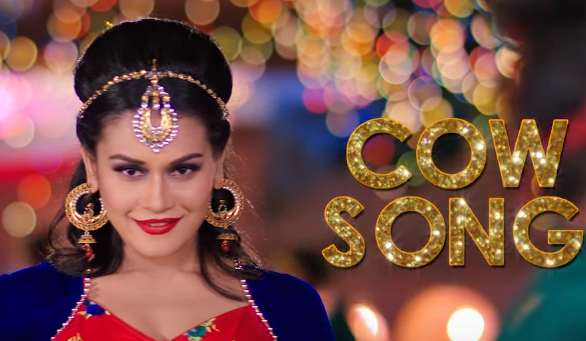 Adding another hit to her expanding collection is singer Melina Rai with the COW SONG. As amusing as the title sounds, the COW SONG from Keki Adhikari’s KOHALPUR EXPRESS is rapidly catching on. Featuring the Nepal Idol host REEMA BISHWOKARMA and choreographer GAMBHIR BISTA, the COW SONG is highly likely to end up on a dance floor near you! Weddings, birthdays and anniversaries – get ready for the COW SONG to make your way. Having grabbed plenty of attention for her ever-changing hairstyle and fashion during Nepal Idol, Reema keeps her look simple in the COW SONG but has plenty to offer with the choreography. The song also features the actress herself Keki Adhikari and Binod Neupane towards the end.

Kohalpur Express has a star cast from Keki Adhikari, Reema Bishwokarma, Priyanka Karki and Reecha Sharma. All eyes are on the trailer to see how these four forces come together in the upcoming film.