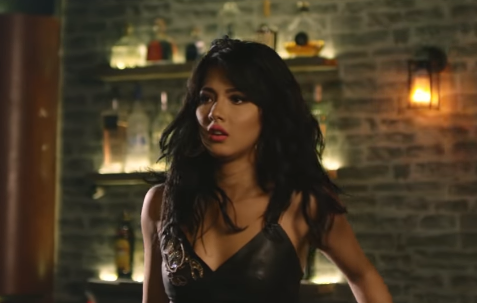 The band 11:11 NST featuring Nattu Shah just released their music video for Nakkali Nani and it is pretty much everything! The Intu Mintu Londonma actress Samragyee RL Shah looks BOMB in the video. She’s seen carrying a bag of mass destruction, literally! Samragyee’s definitely putting the men in place with those kicks, stare and wait, was that a smoke bomb of some sort?

The chorus of NAKALLI NANI is one which can get the crowd vibing. With Nattu on vocals, this is a song her fans and even new listeners will instantly enjoy! The music gets the crowd moving and it’s not only Samragyee who looks hot as even Nattu looks her best in Nakalli Nani. Joining the two, the entire 11:11 NST band and the men who feature in the video equally look the part.