Lex Limbu
October 10, 2018
Share
Facebook
Twitter
Pinterest
WhatsApp
October 11 happens to be the National Coming Out Day and I simply thought it was my time to find Nepali gay men to share their coming out story. It doesn’t take much wider reading to understand that the process of ‘coming out’ is unique to each individual. Some of us may have never been in the closet and some of us may ultimately experience a new low in the days after coming out. Sometimes, the journey is simply not what we expect it to be.
On this post, I have twenty-six year old Vibek Tuladhar who has enthusiastically given me a thumbs up to answer a few questions about him and his coming out story for the blog! Vibek sends his answers all the way from New Zealand, where he has been living for the past three years. 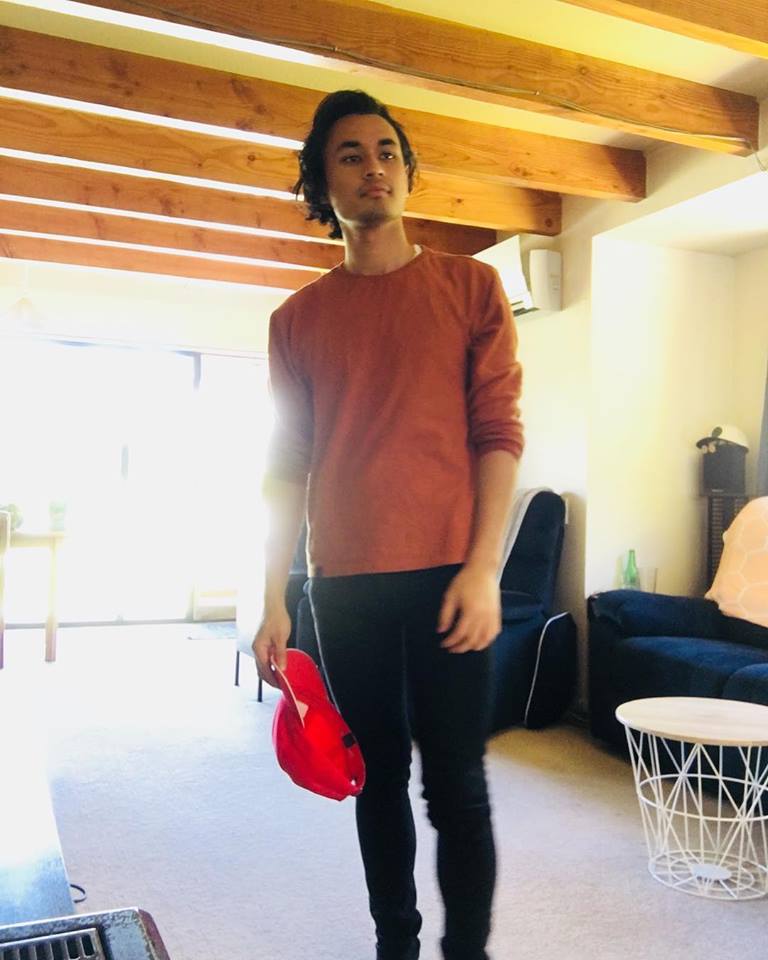 LEX: Hi Vibek! First off, can I ask where you grew up?
VIBEK: Hey Lex! I grew up in Kathmandu more specifically Kilagal.
LEX: Let’s jump straight into it. Who was the first person that you opened up to about your sexuality?
VIBEK: It has to be my best friend at the time.
LEX: How was your life as a closeted gay man? Were you still able to meet or make gay friends?
VIBEK: Being a closeted gay guy in Kathmandu at that time was depressing. I was alone and I couldn’t tell my friends because I was scared that they would bully me and not want to be my friend. I had to put up with this “straight” act which led to more sadness and loneliness because I could not be myself. Another reason why I chose to keep my sexuality to myself was because I was scared for my family and how society would respond to them. Basically it was difficult.
I was able to meet other gay guys through a website and this was before Grindr came to the scene. I managed to do this only because I had access to internet and a computer in my room.
LEX: How old were you when you came out to your family and how did that go?
VIBEK: I came out to my family when I was 21 or 22. The experience was so freeing that it felt like the heaviest of the weights had been lifted off my chest. I told them because I thought I had found the “one” and I always knew even when I was young that I would come out to them when I found the “one”. I spoke in my mother tongue, Newari with my family during that particular conversation. Basically the short version is I had gone to my boyfriends home after my parents told me not to during Dashain and had a little spat with my parents beforehand. I came back home still angry and my parents sat me down to understand why I had acted the way I did. I started crying because I had discussed with my boyfriend that I would ‘come out’ the day after I go home for him. So after they sat me down I cried and my parents started guessing if I was having problems or if someone was black mailing me. They asked if I had a girlfriend I wanted to marry to which I said no and then they finally asked if I was gay. That’s when I lost it even more. I said yes. They let that sink in and explained that I am their son no matter what and that they will always love me the same and the same response came from my brother who I had come out to earlier that week. So my parents asked me to call my boyfriend and he came next morning and they had a chat with him as well. After that, the rest was history.
LEX: That is quite a story! Very very sweet though. How is life now?
VIBEK: Life has been good especially now that I know myself better and can be myself.
LEX: What advice do you have for young gay people?
VIBEK: To simply take your time and that there is nothing wrong with you.
LEX: Is it easier to meet gay men now that you are openly gay?
VIBEK: It is easier but at the same time it is difficult as well. Some of the challenges of being gay for me happens to be that I feel overwhelmingly sad and lonely at times.
LEX: Thank you so much for sharing your light with us VIBEK! I really hope you continue to share and enjoy being yourself. We definitely have to pull each other up and always give a hand.
Follow Lex On Instagram!

Lex Limbuhttps://lexlimbu.com
Lex Limbu is a non-resident Nepali blogger based in the UK. YouTube videos is where he started initially followed by blogging. Join him on Facebook and follow him on Twitter.
Previous articleProfessor Surya Subedi – a journey inspiring the next generation of Lawyers
Next articleComing Out Stories Of Nepali Gay Men: Manil Singh

With over 1.4 million subscribers, Mero Online TV is among the biggest YouTube channel in Nepal. Get to know the man behind the channel.
Read more