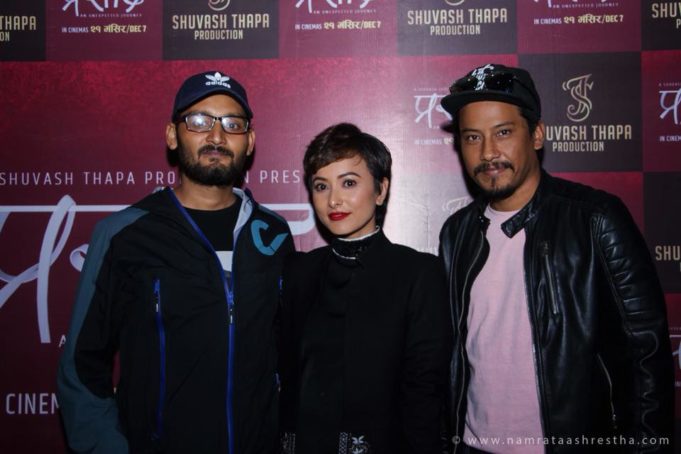 With many looking forward to starting a family after marriage, it can often be shattering when newlyweds struggle along the journey. Director Dinesh Raut’s new film PRASAD will tackle this very story played by Namrata Shrestha and Bipin Karki. The film will follow the journey of the duo as they struggle to conceive a child. Namrata and Bipin have worked in several films in the past including Chhadke but this is the very first time that the duo are starring opposite as a couple.

The film also stars Nischal Basnet and Basundhara Bhusal. The song Lai Lai has already racked up over 3 million views and the team have recently shared Banki Chari which sees the stunning Anjali Adhikari, dancing ever so gracefully. The theatrical trailer for PRASAD is expected to drop on Friday at 8.30PM on Nepal Idol this week. The Nepal release of PRASAD will take place on Friday, 7th December.

Here’s to counting down till the trailer release!!