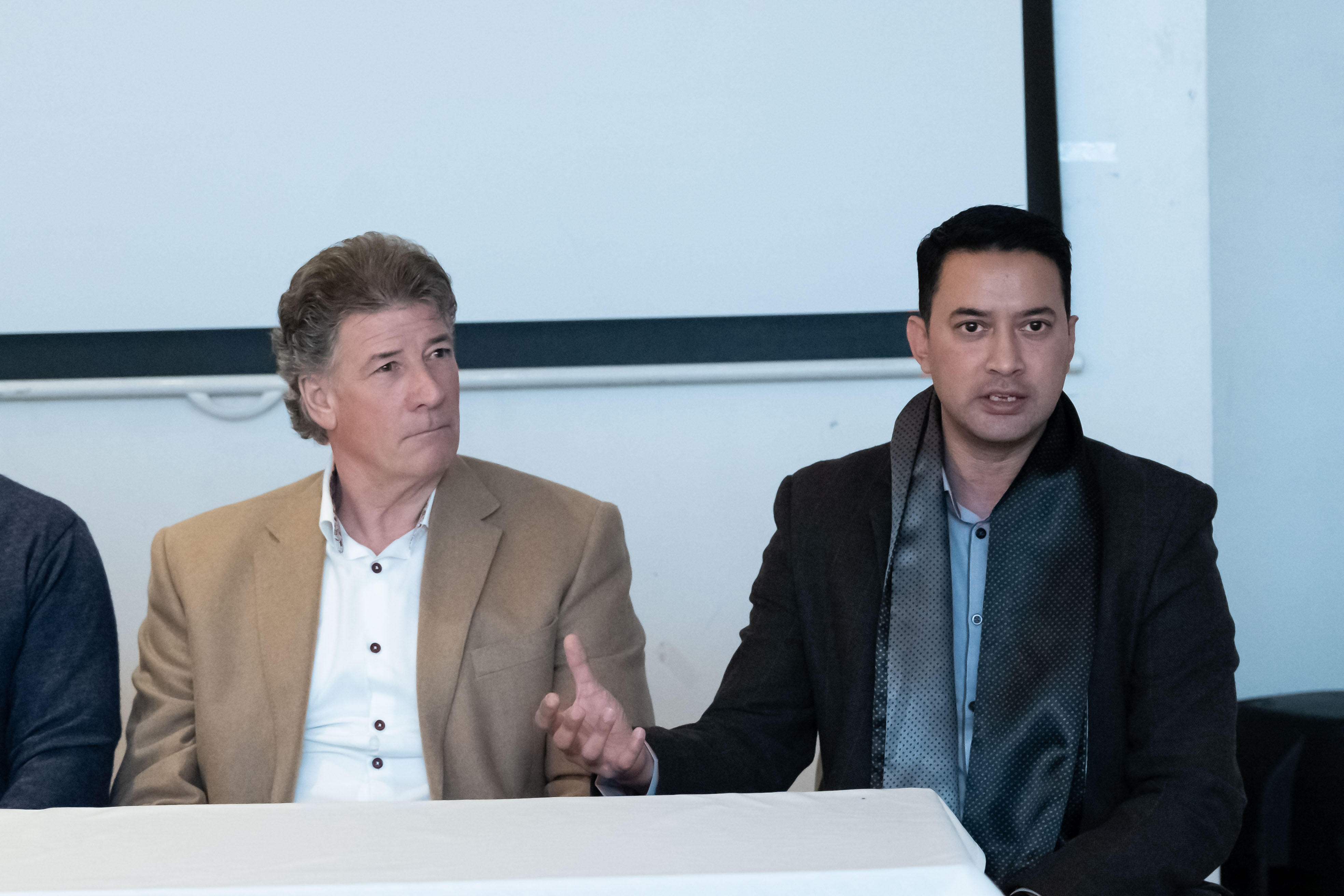 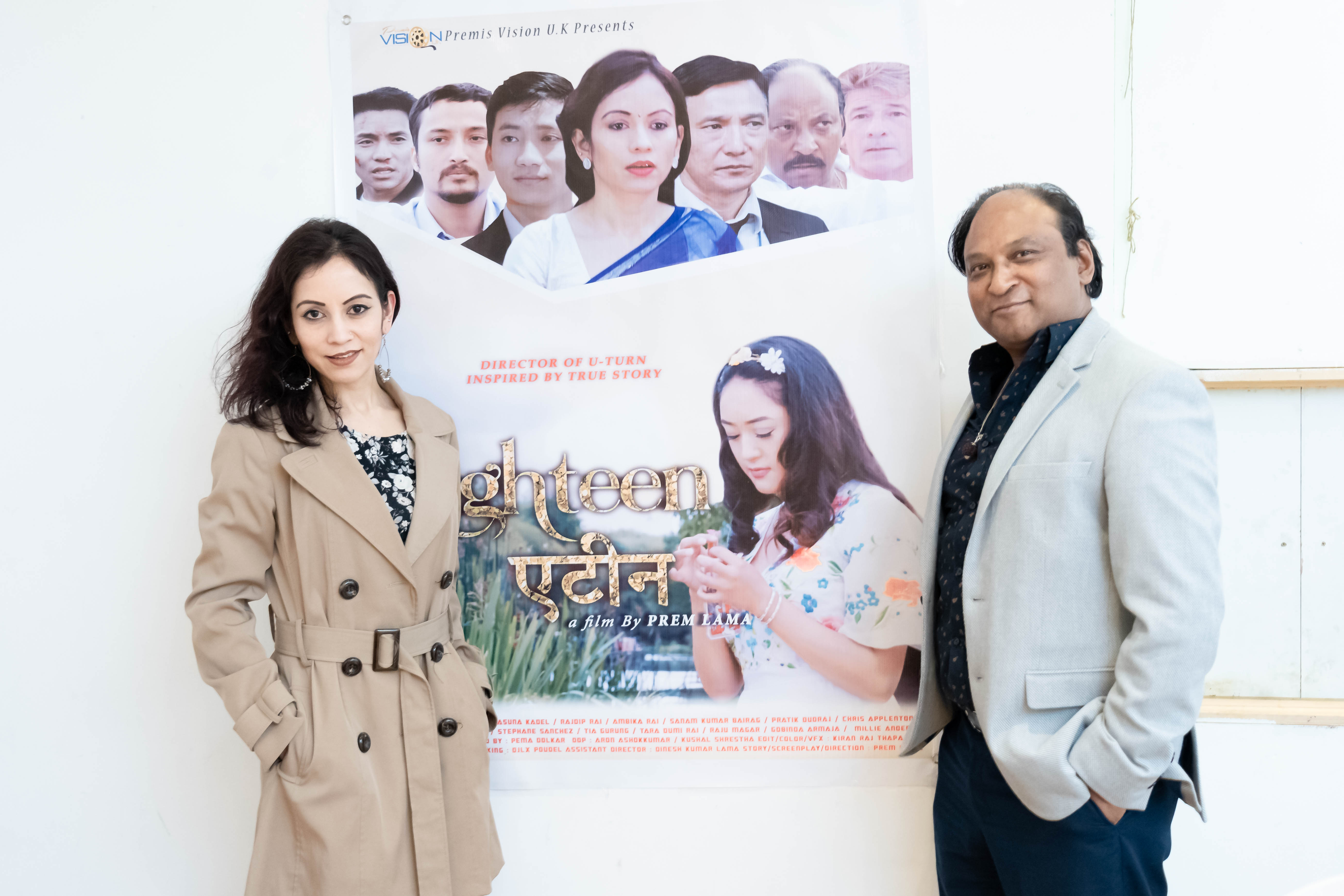 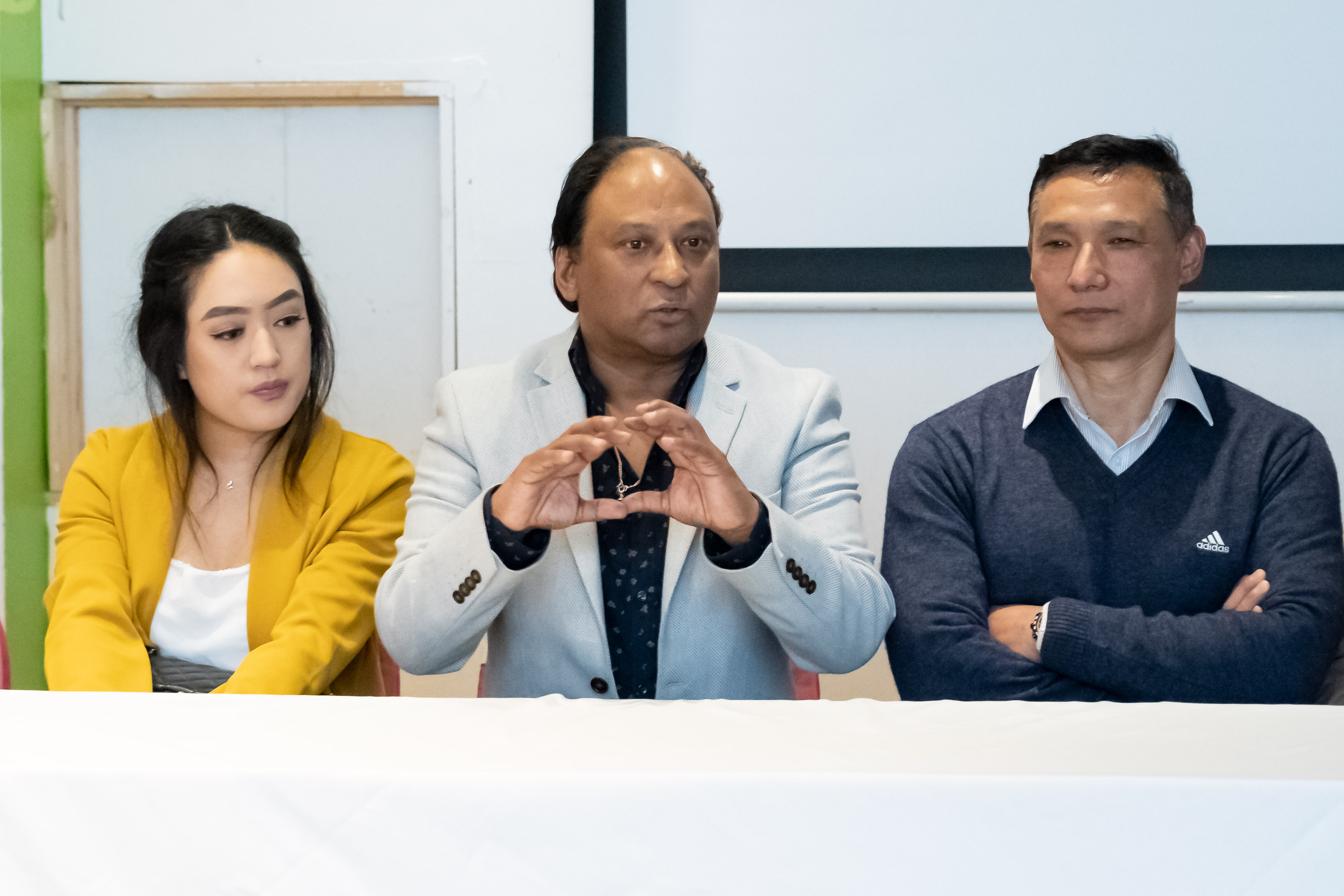 Director Lama recently returned from Nepal after completing the post-production work of Eighteen. Whilst many from the Nepali diaspora in the UK seek investment in real estate and lavish luxury purchases, director Lama stated that his investment has always been to make films. The work by Lama and the British Nepalese team will undoubtedly add to the legacy of UK Nepali films. With a number of non-Nepalis also in the film, the press meet revealed that the actors learned about Nepal and Nepali culture as well as Raza Miah highlighting how the issues that the Nepali diaspora are experiencing in the UK at the present was something experienced by the Bangladeshi community in the past.

The UK Nepali film is set to premiere at the Safari Cinema in Harrow on Sunday, 24th February from 12PM onwards. Apart from Harrow, a screening will also be held in Aldershot. With a focus on the non-resident Nepali community of the UK, the director highlighted how Nepali diaspora globally will be able to relate with Eighteen and he has plans to screen the film in Germany, Portugal and New York.

Lex Limbuhttps://lexlimbu.com
Lex Limbu is a non-resident Nepali blogger based in the UK. YouTube videos is where he started initially followed by blogging. Join him on Facebook and follow him on Twitter.
Previous articleMeghna Lama Talks About Her LGBTIQ+ Friendly Pink Tiffany Restaurant
Next articleVivanta Kathmandu Hotel In Pictures And Video!