The dashing Saruk Tamrakar has landed on this months cover of TNM Magazine! Saruk made his debut in Nepali cinema in the film Rani alongside Malina Joshi and Manish Bikram Shrestha. Since then Saruk has starred in Meri Mamu as well as the recent Buddha Air ad campaign alongside Kusum Gurung. The Buddha Air video was pleasing to the eye, just like the cover of TNM Magazine.

Known for his calm personality, Saruk is definitely an actor to keep an eye out for. Looking forward to seeing the inside spread from the magazine soon. 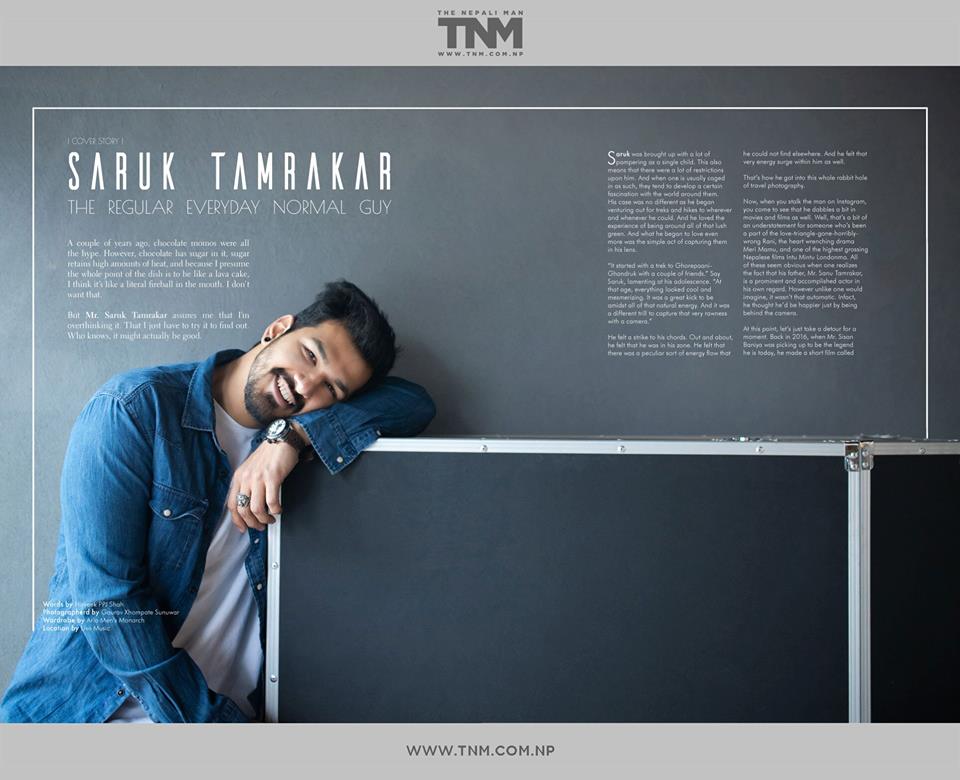