Beauty contests continue to flourish in certain parts of the world and Nepal is no exception. The recent few years has seen an increase of non-resident Nepali women heading to Nepal to compete for the coveted title. Some of the winners have been women who grew up in UK, USA and Singapore. There may be more. Pratishtha Raut had similar plans. The twenty-six year old floor plan architect had made her mind up to venture to Nepal to try out for Miss Nepal 2019 but the age restriction imposed by The Hidden Treasure got in the way.

After a conversation or two, Raut decided that she would try for Miss England. After all, it actually made more sense for Pratishtha to try out for a pageant in a place where she has spent majority of her life. Known by friends as Trish, she’s currently in the semi-finals for Miss England 2019.

I caught up quickly to learn more about Miss England and her life so far! 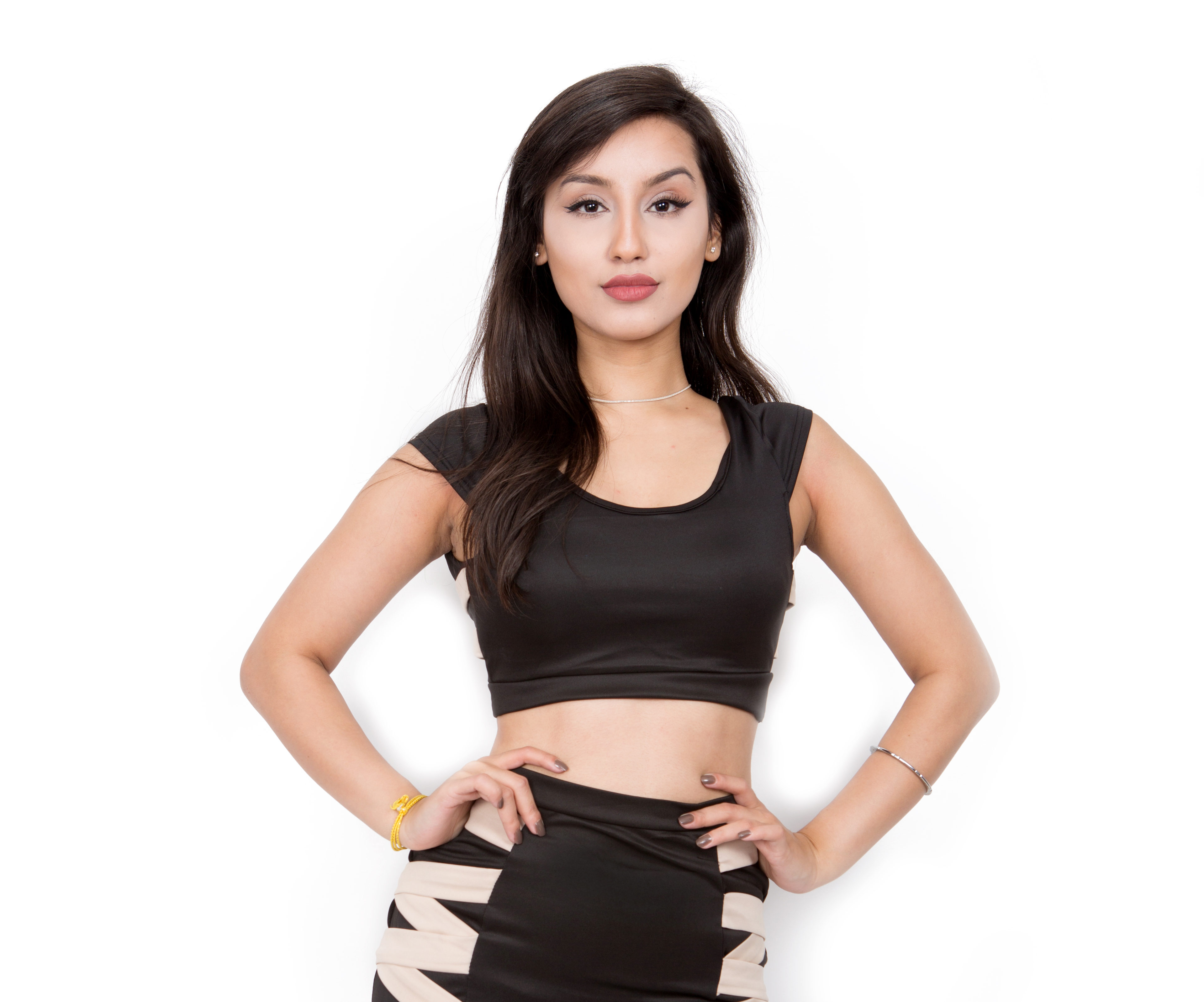 LEX: HOWS YOUR JOURNEY GOING SO FAR WITH MISS ENGLAND?

TRISH: I have just completed Photo Heat which is the Quarter Finals and now I have gone to the next round which is the Semi-Finals happening around UK. I will need support throughout this journey in the form of suggestions and comments on how I can prepare best for the competition. I’m raising money for PAPYRUS – prevention of Suicide in young people and CCLG- Children’s cancer and leukaemia group.

TRISH: I cannot speak on behalf of other pageants, as I am not involved in them so therefore my opinion would be very biased on what I can see on social media. However, I can talk about Miss England, which to my surprise is a lot different experience than I had imagined. Miss England pageant is no longer all about outer beauty (yes it helps to have outer beauty but it’s not essential). Back in 2010 was the start of this era when Miss England Team decided to ban Swimsuit round from the pageant, all thanks to Miss England 2009 Katrina Hodge who is also known as the ‘Combat Barbie’. There is so much for than just standing there and looking your best for this pageant, there are multiple different rounds consisting of eco-round; where contestants have to design and make their own outfits from recycled material and wear it on the night, charity round; where the contestants who raises the highest amount of money for the selected charities will be crowned as Miss Charity Queen, Talent round to showcase every individuals strengths, Sports round and there’s even a general knowledge quiz. I believe beauty pageants give a platform for many girls to be heard on different levels. #MoreThanJustAPrettyFace

LEX: WHO HAS BEEN SUPPORTING YOU ON THIS JOURNEY SO FAR?

TRISH: My parents who have supported me in everything I do in life, they are my pillars and my brother whom I see as my friend and also Nabin Pokharel (Kantipur Uk), Navin Gurung (HAB), Subhash Bhatt (ClickOnNepal), Vinaya Adhikari (24newspress) for the news coverage. Well the list goes on, I am so blessed to have received such an immense amount of love and support from everyone around me. Lastly but not the least, Ojesh Singh (Nepal Authentic Dining) who is my sponsor for Miss England Semi Finals.

LEX: LET’S PRETEND THAT YOU’RE ON STAGE AT MISS ENGLAND AND HAVE TO INTRODUCE YOURSELF – HOW WOULD YOU GO ABOUT THAT?

TRISH: I am not sure how exactly I would introduce myself but I am certain that I will be mentioning that I am Nepali and a daughter of a Gurkha. I am very proud of my ethnicity and my background to not mention it.

LEX: IF YOU COULD BE PART OF ONE ACT OF CHANGE, WHAT WOULD YOU PICK TO BRING AWARENESS AROUND, TARGETING THE NEPALESE UK COMMUNITY?

TRISH: MENTAL HEALTH! I cannot stress enough about this topic in our Nepalese community. Especially when there is such a social stigma about this issue, that people don’t talk enough about it in Nepalese community. There is a lot to take in as an immigrant because of clash in culture and crisis in identity but the support system for this seems to be lacking in our community. This needs to change and change fast because it will not only ruin lives of old and young but also create social instability for Nepalese in the UK.

LEX: SINCE YOU’VE LIVED IN THE UK FOR A HUGE CHUNK OF YOUR LIFE, WHAT ARE SOME OF THE THINGS THAT YOU ENJOY ABOUT LIFE IN THE UK – AND GROWING UP HERE?

TRISH: I would say the best part about living in the UK is being able to travel alone whenever I want and wherever I want without any restrictions. I studied in Nepal for nearly 3 years so as per my experience in both countries school/childhood life I can say that I loved having hardly any homework in UK, Nepal’s education was tough. You would have to carry so many books, which were heavier than what I weighed. Now that I look back at it, I never realised how easy life was growing up in UK. I had no worries of the world; all I did was play.

LEX: UNFORTUNATELY, A LOT OF NEPALESE PEOPLE GROWING UP OUTSIDE OF NEPAL CONTINUE TO FACE PRESSURE FROM PARENTS REGARDING WHO THEY SHOULD MARRY OR WHAT CAREER THEY SHOULD PURSUE, IS THAT SOMETHING YOU RELATE WITH?

TRISH: I can definitely relate to all of those things and it didn’t help that I had an elder brother who was good at everything from sports to studies. But my parents never compared me to my brother, not even once they told me that I had to follow my brother’s footstep and be a doctor like him or be a nurse. All they did was support me but it was the society that put pressure on me, especially with “Your brother is a medical student in Cambridge, so you must be going to Cambridge too to study in the medical field”. But the societies words got to my parents eventually and they wanted me to pursue either being a nurse or accountant. It was difficult for me to convince them to let me study in the art and design field but once I got in the field, they have been nothing but supportive of me. I think my parents were happier than me when I graduated. And regarding the pressure about whom I get married to, yes of course I do have the pressure. But I have heard a lot of the times my mamu say ‘what will they say’ or ‘what will they think’ which makes me believe that my parents have the pressure from the society to be a certain way or to live a certain lifestyle. I do wish they would stop pressuring me but at the same time I do not blame them entirely for this.

LEX: THIS IS A CORNY QUESTION BUT WHAT’S THE BEST THING ABOUT BEING A 26 YEAR OLD WOMAN?

TRISH: I like everything about being 26. I think this is the best time of the life. You don’t have hormonal problem nor you have responsibility of life yet. You are not too young and naive but you are not too mature and cautious. You have some bittersweet experience but you still have a whole life to look forward to. You have so many opportunities to win and to learn. You have whole life ahead of you and you are the architect of your life. As Britney said ‘I’m not a girl, not yet a woman’ so many things to explore, experience, live and learn.

LEX: LAST QUESTION, HOW DO WE KEEP UP WITH YOUR PROGRESS WITH MISS ENGLAND?

Lex Limbuhttps://lexlimbu.com
Lex Limbu is a non-resident Nepali blogger based in the UK. YouTube videos is where he started initially followed by blogging. Join him on Facebook and follow him on Twitter.
Previous articleMarchu Ki Kya Ho By VJ and AIZEN Is Here!
Next articleParty Nepal Will Turn 16 In Style!