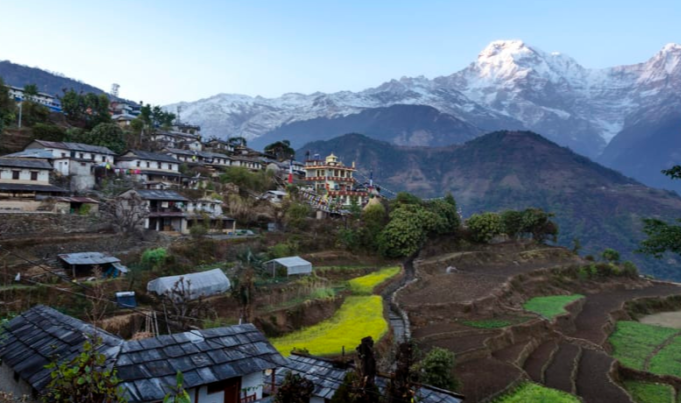 Ghandruk, a village visited by many trekkers in Nepal has made it on CNN’s 13 of Asia’s Most Picturesque Town list. Ghandruk is known for its mountain views as well as the people and culture. I visited the gau back in 2011 in the month of August (poor planning yikes) and saw nothing but rain and fog. We still had a brilliant time though! The village was pretty, the didi who’s lodge we stayed at was a pretty incredible business woman and I really admired that. Other than that, I thought everything was very neat – so unsurprisingly, it has made this picturesque town list.

Ghandruk is popular and can get quite busy during the trekking season as its also the starting point for the Annapurna Circuit. Ghandruk joins the list alongside other beautiful Asian towns such as Galle in Sri Lanka, Hoi An in Vietnam and Luang Prabang in Laos.