The Plight of Badi Women 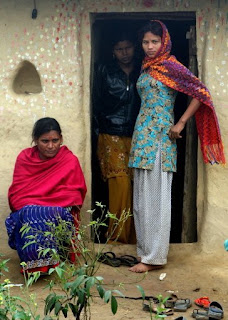 Firstly, please take 3 minutes of your life and just watch this video.
Finding no other reliable sources to rely upon for livelihood, Badi women continue to take up flesh trade in Banke district.
Once high-class courtesans and musicians, the Badi are now among the poorest and most downtrodden groups in Nepal, where discrimination on caste grounds remains rife despite being outlawed more than four decades ago.
Many are disadvantaged from birth because they carry the surname Nepali, often used on the birth certificates of children where paternity is unclear, making them vulnerable to persecution.
After my own personal research I came to find out that these ex-high class courtesans of Indian descent travelled around western Nepal offering music and entertainment during the Rana regime however post the Panchayat, the Rana’s stopped funding them which led the women to prostitute themselves and men to sell musical instruments. For Badi women it has become a way of life to prostitute themselves and young daughters from early as 13 accept this as their destiny.
Source

Lex Limbuhttps://lexlimbu.com
Lex Limbu is a non-resident Nepali blogger based in the UK. YouTube videos is where he started initially followed by blogging. Join him on Facebook and follow him on Twitter.
Previous articleTiger Tops in Chitwan
Next articleAlpine Air – Nepali International Airline