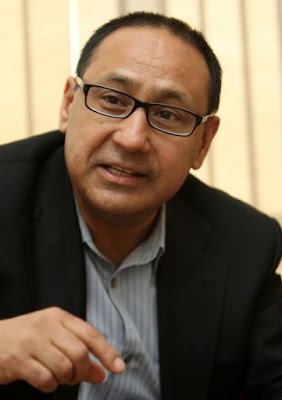 The company, Incessant Rain, is the brainchild of Kiran Joshi, who returned to his native Nepal to set up his own business in 2008 after a 17-year career in animation with US movie giant Disney.
Joshi whose film credits include “The Lion King” and “The Hunchback of Notre Dame,” admits he had his doubts about going into business in one of the world’s least developed countries.
But he says he was persuaded by the talent of the young artists he met when he returned to visit relatives in Nepal.
“Every four or five years I would come back to Nepal on vacation, and I always kept an eye on how things were going, but I never thought the country was ready for an animation studio,” Joshi, 48, said in an interview with AFP.
“Then in 2007 I came here and met some artists. Everyone I met had one thing in common — they had great passion, but no guidance. They made me realise I had to do something.”
Incessant Rain is the first company in Nepal to specialise in visual effects for production companies overseas — already big business in neighbouring India. 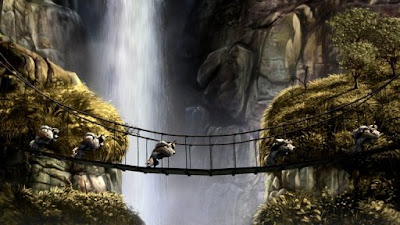 “I thought the hardest thing would be to get the work up to a quality good enough for Hollywood,” he says.
“In fact, that was relatively easy. The hard part was the logistics. We need to have our computers on 24 hours a day, because even at night they are processing images. So power cuts, diesel shortages — these are the things that distract you.”
A culture of unwillingness to criticise colleagues’ work — or accept criticism of your own — also had to be overcome, Joshi says.
“That was hard — animation is very collaborative and you need to be able to provide constructive criticism. But many people here don’t like to say what they really think.
“So we would take them out of the office environment, to a cafe perhaps, where they felt freer to speak.”
Incessant Rain began in early 2008 with 20 staff and for the first five months Joshi, who divides his time between Nepal and the United States where his family still lives, concentrated on training them. 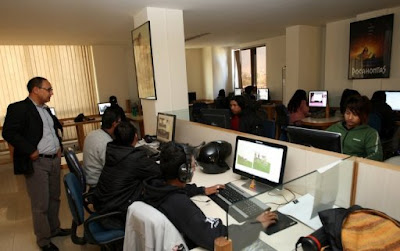 Two years on, his company employs 85 people, and works on homegrown animation projects as well as the more lucrative visual effects work, outsourced mainly from the United States.
Among the staff is 24-year-old animator Newerashmi Bajracharya, who says the profession combines her fine arts background with her love of acting.
“Our job is to bring the characters to life,” says Newerashmi, who recently worked on the ultimate cartoon character, Mickey Mouse, for a promotional film marking the Disney Channel’s South Asian launch.
“The viewers should feel that the characters are not just puppets but are real.”
Working on big Hollywood productions might seem like the more glamorous side of the business, and it is certainly the most lucrative.
But the work is not always creative — one of the most commonly outsourced tasks is wire removal, where an artist has to spend hours digitally erasing traces of the cables used by actors performing stunts.
Animation allows much more creative input, and Joshi says he most enjoys working on local projects, such as a recent series of short animated films promoting the work of the UN World Food Programme (WFP) in Nepal.
One WFP film features an animated version of Everest summitteer Nim Doma Sherpa, a one-time beneficiary of UN food aid, while a series of commercials for local bank Ace shows Nepal’s famous one-horned rhino in cartoon form.
Joshi’s next ambition is to make an animated feature film in Nepal, which he says has a wealth of untold stories that could be adapted for the big screen.
“Nepal has such fantastic folklore,” he says. “I want to take these stories and develop them in such a way that they expose Nepal beyond the notion that it’s a beautiful country where you can go trekking.”
Source

Lex Limbuhttps://lexlimbu.com
Lex Limbu is a non-resident Nepali blogger based in the UK. YouTube videos is where he started initially followed by blogging. Join him on Facebook and follow him on Twitter.
Previous articleForeign Words, Confusing?
Next articleGod Lives in the Himalayas to screen in Australia