Who is Aryan Sigdel?

That’s Aryan Sigdel. He is a fairly new face in the Nepali film industry with already few hits under his belt. Kalliwood’s hotty Rekha Thapa gave him his first break in her movie Kismat, since then he’s acted in movies such as Mausam, Mero Euta Saathi Cha, The Flashback and the upcoming Kohi Mero. Before his transition to the film scene, Aryan used to star in the popular Kantipur Television show ‘Gharbeti Ba’. I watched an interview of Aryan few months ago, i think it was called Glamour Guff (wasnt at all) and I liked what he said when the interviewer asked him what political party he supported (this was when Nir Shah and co’ were joining Maoists). He basically said as an artist we should’nt involve ourselves in one criteria, etc – something along the lines of that.
Click Read More 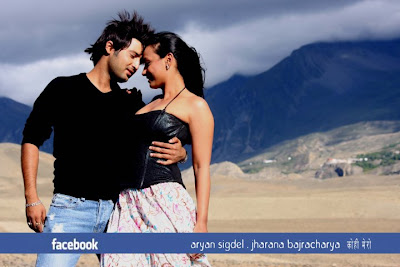 Anyways, iv seen his film Mausam – the movie was LAUGH OUT LOUD but his acting was good. Tara alik alchey para’le acting garya jasto lagyo. Do watch him out, theres tonnes of newcomers in Kalliwood so im just spreading le’name 😀
That the interview above and music video below.

Lex Limbuhttps://lexlimbu.com
Lex Limbu is a non-resident Nepali blogger based in the UK. YouTube videos is where he started initially followed by blogging. Join him on Facebook and follow him on Twitter.
Previous articleCondom House Nepal – with TV AD
Next articleKohi Mero – Movie Poster