Buddha Was Born in Nepal – Response 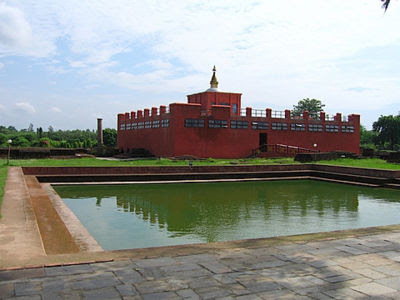 On 26th March 2010 when I was having my dal-bhat and telling my family members of the new little Birthplace of Buddha which was being created in Aligadhwa we felt helpless. We felt as if something which we had known was slipping away slowly. Then I thought – if people join all those 15+ groups on FB which basically say Buddha was born in Nepal etc then Im sure with the right promotion etc, they will also write ”Buddha was born in Nepal, not in India”, my enthusiasm which I had in the beginning died slowly yet I was surprised to see that many people still had put that as their status on the 17th of April. Now ya’ll might say only my friends did but I know for a fact that many people outside of my friends circle took part in this aswell. Promoting this on Sajha.com, YouTube and FB pages helped.
What Ive learned from this is I guess its an individuals own belief regarding where they consider he was born. Many state that Siddhartha Gautama was born in the Kingdom of Kapilvastu then which is correct to say however speaking of the present that would be Nepal. Even Mount Everest wasnt formed in Nepal. Many also stated that Siddhartha Gautama attained enlightenment in India therefore he was born there. However I would suggest even Jesus was born as Yeshua Ben Yosef and he himself travelled widely to spread his teachings but that did not change where he was born. His travels only changed his status, which I believe would be the same for Buddha’s case. Having come across many frustrated people who really disliked the amount of attention this issue has created, I would say that the majority who protest against this might not be practising Buddhists, they are Nepali’s and this issue has hurt our Nepali sentiments.
Check Out some More and Funny Print Screens Below 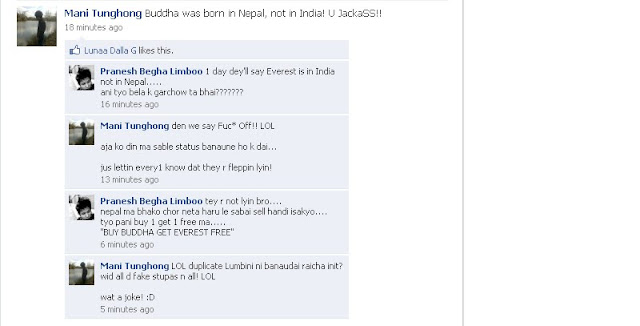 NOW, Some silly/funny ones.

Apologies I couldnt fit everyones in, I would’ve only picked about 10 but just wanna show that people did actually do this and im GREATFUL for that. I know some of you had arguments going on in the statuses so to argue back you can just use my counter-argument provided in the second paragraph at the top. Thank You!

PS. if you want your shot removed then hit me at lex@lexlimbucom.wpcomstaging.com

Lex Limbuhttps://lexlimbu.com
Lex Limbu is a non-resident Nepali blogger based in the UK. YouTube videos is where he started initially followed by blogging. Join him on Facebook and follow him on Twitter.
Previous articleRat Menu : Exam Papers
Next articleNiruta Singh Back in Kollywood