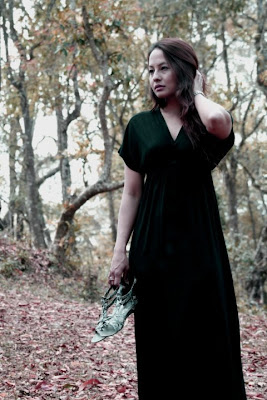 Malvika Subba is perhaps one of the few budding, popular, successful and well recognised career women in Nepal. In a country where appearances and traditions run high she has achieved what others can only aspire for. Since winning the Miss Nepal title in 2002, she has worked in Kantipur television, Voice of India, Shangri-La Housing as a Sales and Marketing Manager and acted in Indo-Nepal film- God lives in the Himalayas and appeared in numerous music videos and endorsed many Nepali brands. What strikes me most is the humanist in her that shines in the work she carries out such as, MTV EXIT Ambassador for Human Trafficking, Hunger Free Campaign 2007 and as a youth leader for HIV/AIDS. Her vibrant pictures and involvement from the recent peace rally in the Capital and political comments on Facebook are discussed, followed and commented on by the masses. She has amassed a fan base of 9000+ on Facebook and has become a well loved and recognised Nepali name. She gave up her few minutes to answer few questions for lexlimbu.com. 🙂 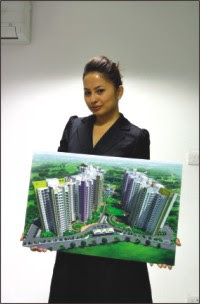 Youve become a Miss Nepal, model, actor, VJ, and now also currently work for Shangrila Housing but what do you prefer to be known as? I believe , I shall always be known as Miss Nepal, always, more than anything else. But in the future, if I do have my own company, I would like to be known as a good entrepreneur.

Recent reports suggest that the housing sector in Nepal has slowed down, has this in anyway affected the Shangrila HQ? The housing industry is quite slow at the moment, but it has not affected Shangrila, as the prices are reasonable and targeted for middle class families.

Goodbye Kathmandu has already managed to create a buzz online. What can we expect to see from your character and the movie as a whole? Good Bye kathmandu, will be n amazing milestone, for nepali movies. Based, on real stories and characters, the film is more off beat than commercial. My character, maya, is a never before seen character on the Nepali screen. She is a gender specialist working in an INGO, a singer, who is independent, strong, and a woman of today. 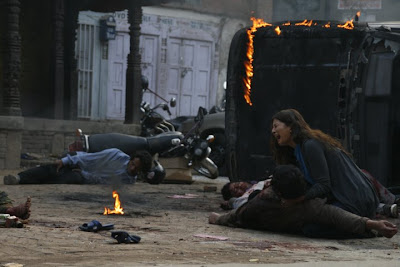 Nepal tends to suffer from brain drain, but you serve as a prime example of a successful young Nepali career woman in Nepal. What is the secret to your success?
I never stop learning, and for me, no job, is big or small. Even though I am not much of a long term planner, I give my 200% to whatever I do, and always, try to do better than before.I guess that’s my success mantra.

What has the result been like from the HungerFREE and MTV Exit campaign? 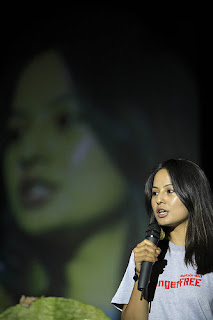 With the hunger free campaign, we managed to bring together, many youths to work from their community and bring changes, in term of hunger issues. We managed to put the agenda of food, in the table of discussion in the UN general assembly. With the MTV, exit campaign, we brought on solidarity amoung the young people to talk about human trafficking and made them aware, about hwo they should be alert before going with strangers, going abroad, how they should be more informed about the jobs they are taking abroad.

What are the downsides of being a public figure in Nepal? Celebrity status is not that appreciated in nepal. Foremost, the money, isnt that great compared to international celebs, the matter of sustainability is always a question, and here people talk too much.

Nepal is going through another big change, if the power was in your hands then what would be your priority for the development of the nation? Definitely , make the education system more stronger, and work cooperatively, in making the constitution happen.

Thank you for your time, any messages to the thousands of Nepalis abroad who have said Goodbye to Kathmandu? Even if you have left for abroad, do come back and implement, what you have learnt outside, in Nepal.We need more young talented and educated people here. 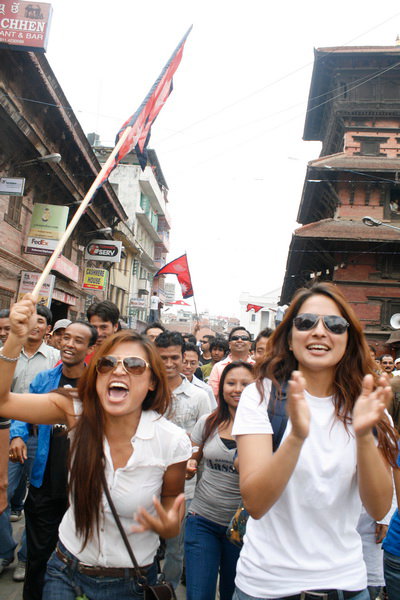 Lex Limbuhttps://lexlimbu.com
Lex Limbu is a non-resident Nepali blogger based in the UK. YouTube videos is where he started initially followed by blogging. Join him on Facebook and follow him on Twitter.
Previous articleNepal Khattam Chaina
Next articleTGIF: Nepali Uncle Makes it BIG