Joining the likes of Gaumaya Gurung and Tenisa Rana is now SIRJANA GURUNG who was officially crowned Miss UK Nepal 2017 on September 10 in Aldershot. The longest running Nepalese beauty pageant in the UK is organised by Events & Ideas Production since 2010. Though Miss UK Nepal the pageant has faced certain challenges attracting contestants in the past, the recent pageants have attracted celebrities from Priyanka Karki to Malvika Subba. This years beauty pageant saw Malvika Subba as the official choreographer for the event. Twenty-four year old Sirjana’s background is like many other British Gurkha dependent growing up in the UK. Born in Hong Kong, the Miss UK Nepal 2017 has spent majority of her life growing up in Nepal and the UK.

Get to know Sirjana!

LEX: First off, many congratulations on winning Miss UK Nepal 2017. What was it like having your name being called out and receiving the winning crown in front of everyone?

SIRJANA: Thank you so much! I can never forget the moment when my name was announced as Miss UK Nepal 2017 on the finale night; I saw my family and friends jumping with joy and I’m glad that I was able to spread so much happiness amongst them. It indeed feels amazing to have won this prestigious title and simultaneously, I have been feeling all the responsibilities that comes with this title since the very moment the crown was placed above my head. I’m hopeful that my well-wishers will continue to support me throughout my future ventures as they did during the training phase of Miss UK Nepal 2017.

LEX: The Miss UK Nepal training always sounds memorable. This year, the contestants had Malvika Subba as the official choreographer too, can you give us an inside scoop! What’s Malvika Subba really like?

SIRJANA: Malvika Subba is definitely someone a lot of people look up to. She’s very professional with everything she does. Her training was not just about doing well on the finale night but also about how to do well in life in general, involving personal development class, public speaking, debates and some fun salsa dance in between too!

LEX: What would be a highlight from the entire MN2017 experience and something that you didn’t enjoy so much?

SIRJANA: One of the many highlights of Miss UK Nepal 2017 has to be during our volunteering time with Farnborough Community Centre, where we did gardening together. This year was the first time we were affiliated with them for community works and it’s great to experience this involvement between British & Nepali communities. Something I didn’t enjoy and was a challenge for me had to be the fact that I was away from my parents during the 2 weeks training phase as I live in London and the training was in Aldershot. I’m very much of a family person and was being home-sick but the ongoing motivation I received from my parents, especially when they used to say ramrari basnu, sikayeko kura haru dhyaan ma rakhnu was what kept me going to achieve my goals. 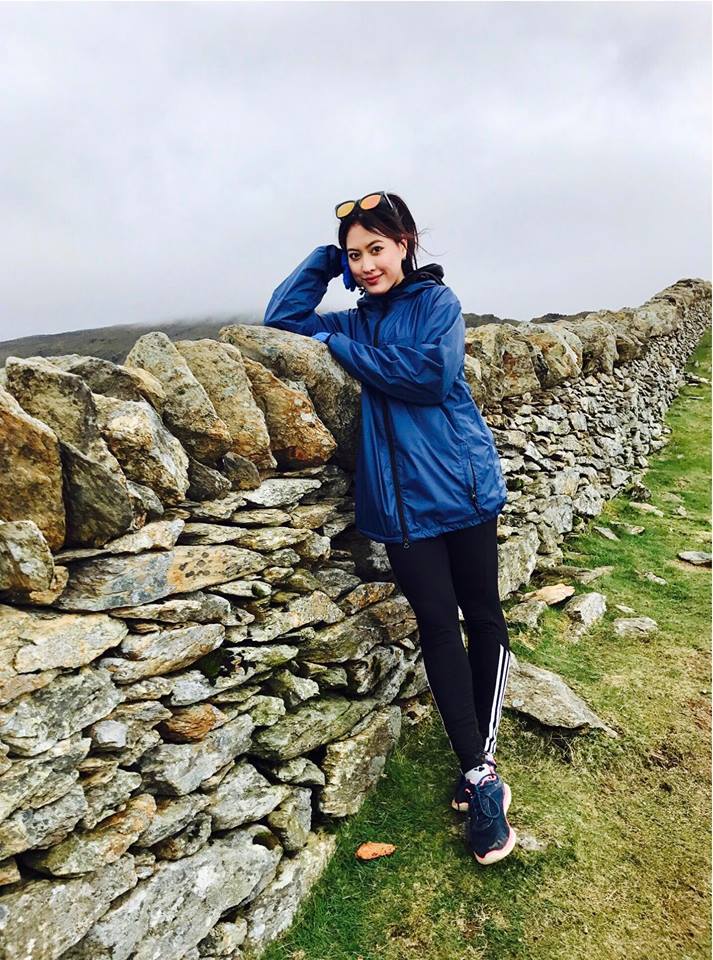 LEX: Taking it back to your younger years, as a child growing up what did you aspire to be when you were young?

SIRJANA:  I was always into science when I was little. I was one of those studious ones, who always used to come first in class and was put forward as the class/house captain. Since I did a placement year in a British pharmaceutical company, GlaxoSmithKline (GSK), my interest in clinical research grew in me and I wanted to involve myself into bringing more effective and innovative medications for various diseases, especially diseases such as cancer, HIV/AIDS for which there’s no concrete cure. After graduating with First Class Honours in BSc. Biomedical Sciences with Professional Experience, I’m currently working full-time as a Clinical Trial Specialist in a research organisation named PAREXEL International and I absolutely love what I do. My wish in life is to see a world where every one of us live disease-free and happily.

LEX: As a Gurkha child, we tend to have our lives across different countries. You’ve lived in Nepal, Brunei and have been in the UK since 2006, do you see yourself returning back to Nepal for good and doing something there?

SIRJANA: “You can take a person out of Nepal, but never Nepal from that person” and I totally agree with this. Even though I’ve lived in various countries throughout my life so far, I always feel closer to Nepal and feel the most comfortable speaking in Nepali. It was indeed my initial plan to return to Nepal upon my graduation, but things took some turns for me. Being the only one with the full-time job in the family, sometimes it does get difficult to manage with all the household responsibilities on me. I hope I’ll be able to contribute my time fully in Nepal sometime in the future. If not, I will definitely continue to contribute in some way or another, be it big or small, even being outside the motherland.

LEX: Talking about Nepal, more and more Nepalese seem to be visiting Nepal and going trekking from the UK. When was the last time you visited Nepal and what did you get up to?

SIRJANA:  It’s always good to see non-residential Nepali visiting back home and promoting our country on their social media. I was in Nepal back in 2013 for 2 months, that’s when I did paragliding from Sarangkot in Pokhara and bungee-jumped in The Last Resort, above the vigorously-flowing Bhotekoshi river. I really want to go trekking the next time I’m in Nepal especially in Annapurna Base Camp, and hopefully Everest Base Camp sometime in the future too!

LEX: Bringing the conversation back to UK Nepalis, even with such a large number of Nepalis living in the UK, contests such as Miss UK Nepal attract a very low number of contestants, what do you think is the reason?

SIRJANA: I presume most hesitate in participating because they feel that they won’t be able to contribute their time fully for this pageant, especially when they’re a student and have a part-time job at the same time. However, I also believe that if one is enthusiastic and is willing to learn and see them-self grow as an individual, then nothing stops them. I think if Events & Ideas Production Miss UK Nepal affiliates officially with the Hidden Treasure Miss Nepal, then we might see a positive change in the number of contestants here.

LEX: On the one hand, it seems that the young Nepalese in the UK are growing distant to Nepal, however then we have examples of a number of UK Nepalis pursuing arts, cinema and music in Nepal too. Amongst your circle and your observation, how do you think young Nepalese are doing in terms of mixing with the wider British society here and keeping links to Nepali customs, traditions and arts/entertainment?

SIRJANA: Communication is the key when someone gets distant from their home, which was what I had said during the Top 5 Q&A of Miss UK Nepal 2017 finale. To resolve the generation gap between the parents and the children who grow up abroad, it’s crucial to have communication going between them, equally in both Nepali and English. It’s the responsibility of the parents to teach and update their children about our Nepali roots and it’s also down to the children to be willing to learn about our rich heritage and culture. From my observation, I’ve seen most Nepali youths in the UK are doing wonderful in preserving the Nepali-pan in them. There are numerous British universities with Nepalese society being formed and the works that each one of them do are amazing. We have seen young talents during inter-uni dance & drama competition and the concepts that they portray all revolved around Nepal. It’s always a heart-warming feeling to see younger generation showing an interest in Nepal in general and promoting our country out there in the mass. I hope we and the younger generation continue to do so.

LEX: You’ve also expressed your interest in cinema if the right role comes along. What type of character would you be interested in playing?

SIRJANA: I would love to portray as a strong female protagonist, even better if some action scenes involved! Or as a lead role in a biopic of an inspirational woman from the history of Nepal.

LEX: We have Miruna Magar, Shilpa Maskey and Jassita Gurung who will all make their Nepali cinema debut at certain point, who are you most looking forward to seeing on the big screen?

SIRJANA:  I enjoy watching Nepali movies and there are many that are my favourites. I’m equally looking forward to see all the aspiring newcomers in Nepali Film Industry, especially those who are from outside Nepal. Such talents are a great asset for this industry and Nepal as a whole.

LEX: What would you have liked to accomplish in the next ten years?

SIRJANA: I hope to be happy and content in whatever I do, both professionally and personally, whether it be in the span of 10 years or for a lifetime as I feel that happiness should be the utmost priority in one’s life.

FILLING IN THE BLANK… 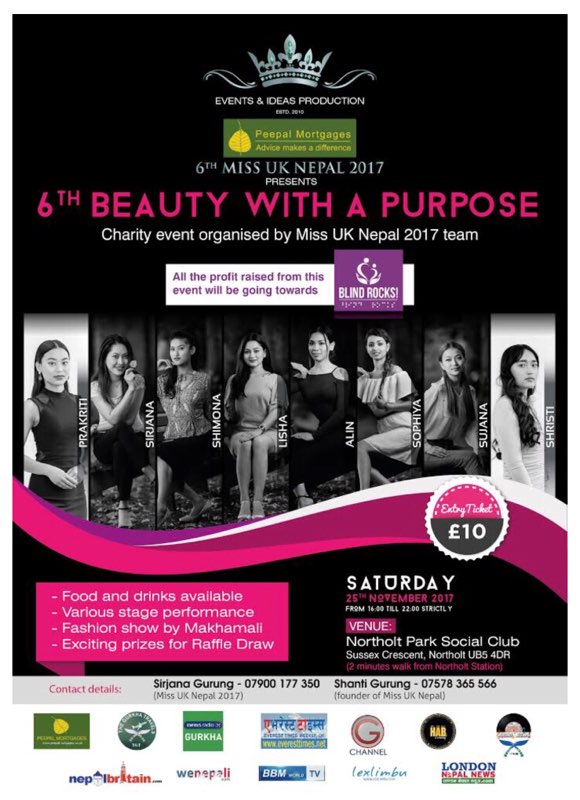 Lex Limbuhttps://lexlimbu.com
Lex Limbu is a non-resident Nepali blogger based in the UK. YouTube videos is where he started initially followed by blogging. Join him on Facebook and follow him on Twitter.
Previous articleShivani Singh Tharu Tweets About Sexual Harassment #MeToo
Next articleNepal Idol Live in UK Tour Kicks Off On FRIDAY!

From theatre to cinema, Dayahang Rai is an actor who has redefined what it means to be a Nepali hero. His acting has won...
Read more