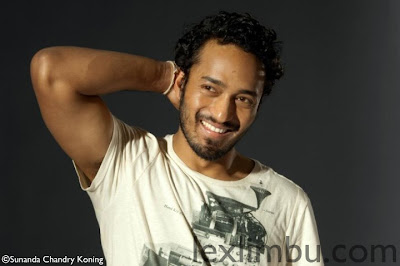 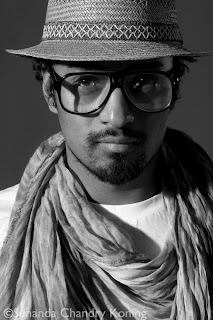 #ThankGodItsFriday. Its always a pleasure to write and read about new performers, musicians and share their stories to the masses. Today I have a short story of the fastly rising star, Subash Thapa. He is an actor, performer, artistic director, drama teacher at schools & theatre courses. He has been involved in theatre for well over a decade now, starting his professional career after doing the residential course at Aarohan Gurukul in KTM. Before that he got his MA in English Literature from Tribhuvan Uni but felt the scientific thing really wasn’t for him, as he had always been involved in doing theatre from an early age. He was born & raised in Bhaktapur – lots of festivals & theatre related cultural events that influenced his fascnination for performing on the stage from early on.
His time at TU inspired him to act rather than just read and absorb the wonderful pieces by playwrights such as Arthur Miller, Dario Fo & Samuel Beckett. After the residential course he acted in a number of plays that were quite succesfull in Nepal & got him noted in the theatre world.  Pathar Ko Katha, Bhoko Ghar, Kaal Purush , to name a few. With the play ‘Saddam Prati’, a monologue about Saddam Hussein, about human nature & relations, things we do to each other, about how the hunter can become the hunted, he established himself as a talented stage actor. 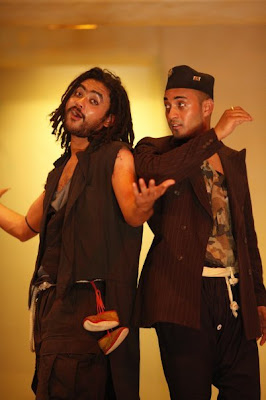 Karma of Sano Sansar and Subash Thapa performing Waiting for Godot
In 2004 he got his first experiences playing in Europe. The play Fire in the Monastery (by Abhi Subedi) in which he played a young monk, went on tour to Denmark, Norway & Russia. That got him more roles and also direcing gigs. He decided to also take up teaching – being passionate about passing on his love for theatre & acting to kids. He was a drama teacher at Malpi, St Xaviers & Shuvatara for a couple of years. He also performed in a number of productions by Studio7, the company under the direction of German born KTM based Sabine Lehmann, in the Vajra Hotel (last year was ‘Waiting for Godot with Mahesh Shakya (Karma), Deeya Maskey & Anu Baral). 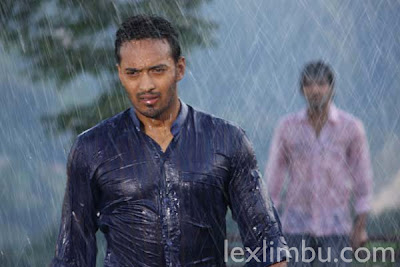 Subash Thapa and Aryan Sigdel in Kohi…Mero
In May 2009 he was asked to audition for the role of Prayash in Kohi…Mero, and got the part. He started shooting for the film in August 2009, he is confident that hes added personality to his character even though it was a big difference from being on stage.This will be his first film and hes very excited for the audience to enjoy it. The post-production stage has faced setbacks due to Sanchita’s get away to India however the movie is expected to hit theatres nationwide and also selected venues abroad in September 2010*. However, Subash has enough on his plate having recently come back from Australia after performing Death Conversation and is set to hit Netherlands around July for Onderstroom festival. 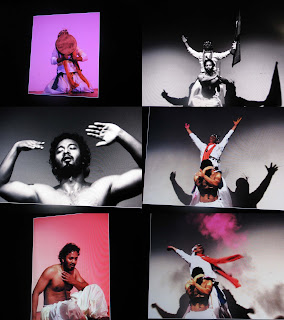 Subash is also very active in doing street theatre. Street theatre is mainly about getting theatre to the country side – letting people living there experience what it’s all about, sometimes involving villagers in workshops/projects, but also teaching through theatre (social equality (as in caste system), health care, womes rights, domestic violence issues)to collect stories of people’s civil war experiences & helping them cope & heal. Recent locations doing street theatre were Palpa & Charikot.
He’s currently working at (Anup Baral’s) Actors Studio, teaching young actors skills & tricks of the trade and working on some more stage performances (The Conference of the Birds, an ancient Persian story from 1177 by Farid ud-Din Attar will be up next).
Dont forget to watch his plays out in Kathmandu and also in Kohi…Mero. If you’ve got any questions then find him on Facebook.
Loadsss of thanks to Sunanda Chandry Koning for the pictures and helping me with the article ;)…..I hope you guys spread the article around. XD. More HOT HOT HOT pictures below. 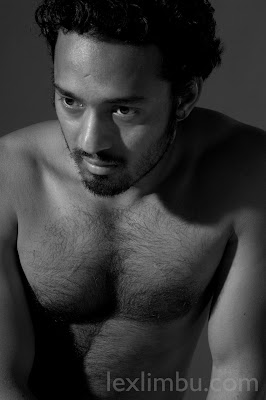 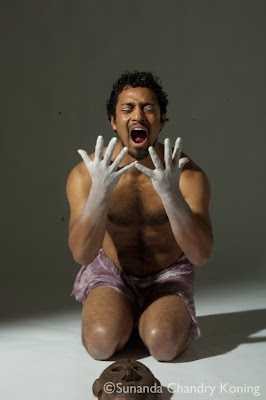 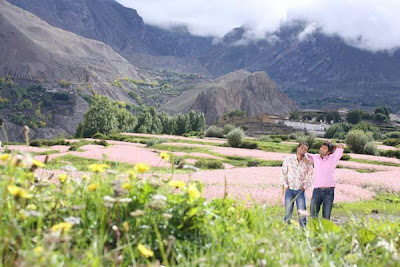 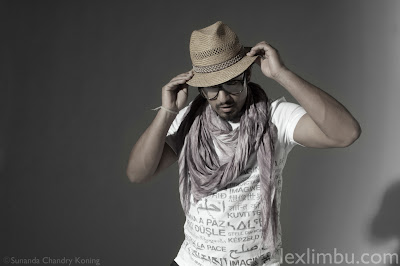 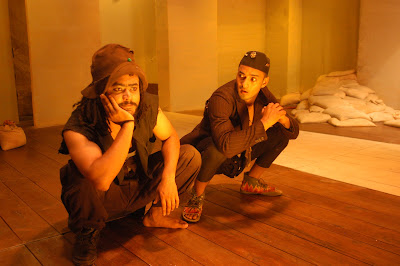 Lex Limbuhttps://lexlimbu.com
Lex Limbu is a non-resident Nepali blogger based in the UK. YouTube videos is where he started initially followed by blogging. Join him on Facebook and follow him on Twitter.
Previous articleNamrata Shrestha in Purple Days
Next articleBiking Trend in Nepal