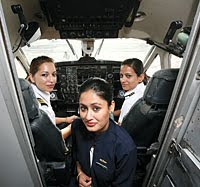 Ek Chin with‘ was never made just to solely focus on the celebrity figures of Nepal, this short interview was launched so I could gather people from all walks of life, share their experiences, their highs, lows and the struggles. If I could then I would interview the homeless and the street vendors however that has not been possible. Nevertheless, today I bring to you a woman who has turned her dream into a reality. She is Rajeshori Shrestha, an airline pilot of Sita Air in Nepal. When Rakshya Rana became the First female pilot of Nepal back in 1988 there was a strong public impression that women being a weaker sex were not capable of succeeding in a field which was synonymous with danger and the male sex.
However, things have surely turned around. The amount of female pilots still remain small out of the 300+ pilots in Nepal yet successes can be seen with ”All Female Cockpit Crew” being introduced by Yeti Airlines and Buddha Air last year. Rajeshori is one woman out of many working in male-dominated jobs who are behind the changing face of Nepal. 🙂
How long have you worked with Sita Air and what are your duties on the job?I have been working in Sita Air since November 2009. Safe flying is my prior duty on this job. Sita Air flies mostly to the Western sector like Humla, Jumla, Bajura, Surkhet, Nepalgunj and also Lukla, Jomsom, Pokhara. Lets say mostly rural areas.
Was becoming a pilot your childhood dream or something you would call destiny?      Its absolutely not a destiny for me. I always wanted to be a pilot and I am happy that I am here today. 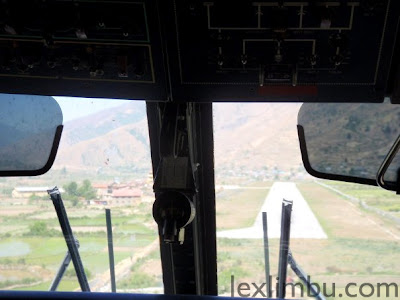 Nepal is considered one of the most difficult terrain to fly-over and you yourself fly to many rural locations at high altitudes. Is danger something that you constantly think about?There are high hills we fly over and from between to rural areas. We have to withstand many challenges but its safety we always keep on our mind , to reach safely to our destination.
Being an airline pilot is seen as glamorous due to the prestige and the exclusivity of the job. However, this has also led to more than 150 new pilots being unemployed due to the lack of demand for such positions. What do you think should be done in order to decrease this unemployed figure?CAAN (Civil Aviation Authority Of Nepal) has applied one pilot one aircraft rule regarding unemployed pilots. Still there are lots of unemployed at present. I think sending abroad for piloting should be stopped untill unemployment condition becomes completely normal because there are lots of jobless pilots now and if people are still going for it, will be uncontrollable later .Adding the fleets would also help improve the current situation. 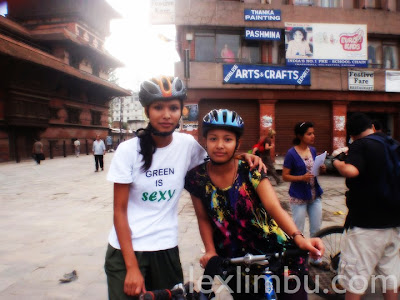 What word of advice would you give to the new pilots who are currently out of work?
I Know its frustrating to wait, that too in such situation. But I would like to convey them to have patience, sooner or later they will get to fly the Nepali territory. They can continue their further studies and try for the airlines at the same time. So there wont be waste of time.
The novelty of driving can wear off quickly once you learn to drive, is this something you have experienced in regards to flying an aircraft?In aviaton, we learn new things everyday. Today, the flying could be better, and tomorrow, less better. We give our best , still we get to know something each day. So everyday flying is a brand new phase of learning for me. 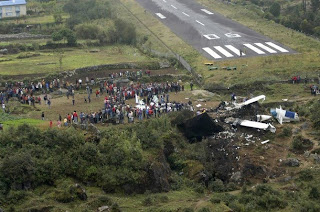 Pilots have been blamed for many air crashes such as the Yeti Airlines Bajura in 06 due to pilot inconsistency, how do you view your colleagues and your airline in terms of consistency/professionalism?We were taught that 90% of the error is of human from every aspect, remaining 10% is the fault of weather, machine etc. Mistakes are natural being human, but we should learn to minimise those mistakes. Every aviators must be cautious about safety and I find it in my colleagues of my airlines.Not just Yeti Airlines, even other airlines have had incidents. Sita Air also had crash landings, once in Lukla and other in Nepalgunj. Incident Happens but we, pilots give our 100% for safety. We dont take flying as granted.
Even though the number of female pilots have been increasing rapidly and with all-female crew flights launched by Buddha Air and Yeti Airlines, do you think sexism in this profession still exists?Gender bias has no place in this profession, atleast not at present.There are so many women pilots. Women and men pilots both are doing the same job, so there is no sign of discrimination or domination..I heard sometimes people in aviation saying its hard for women to fly in STOL(Short Take Off and Landing, that is rural airports), as per this statement women captains chose to fly trunk routes despite of being cleared to fly in STOL, but its not that women find it difficult to fly in STOL. I, myself, prefer to fly in STOL.
You are a fairly young pilot, what would you like to achieve in the future personally and professionally?As of now I would Like to continue with aviation.I would definitely like to fly 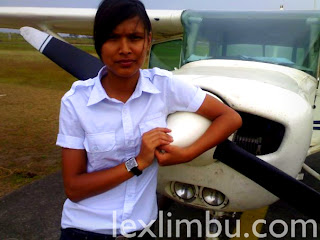 heavier aircrafts, want to experience international aviation as well in future.
What are some of the struggles that pilots face in Nepal?In term of flying, its weather inconsistency, high terrains, mountains, STOL runways in Nepal. Pilots dont have reliable source of weather briefing, so have to tackle adverse weather at times. There’s no navigational system in all airports of Nepal, that is visually flying in hilly and mountain regions with no navigational aid in bad weather is risky. Last but not the least, the future growth of pilots is limited in Nepal since there are less heavy aircrafts and less get chances. Pilots are moving abroad for this oppurtunity.
Lastly, thank you so much for your time and any messages to the aviation lovers out there?Those who are aviators, they know already. But those who want to be aviator, it takes lots of effort to be the ruler of sky but just getting trained is not everything, getting settled in this field is, because thats when you’re aviation life starts, thats when you experience alot more and thats when you find it worthy. So in short, be aware of job situation before you go for it regarding Nepal’s Current situation. Finally, sky is not the limit,fly high. 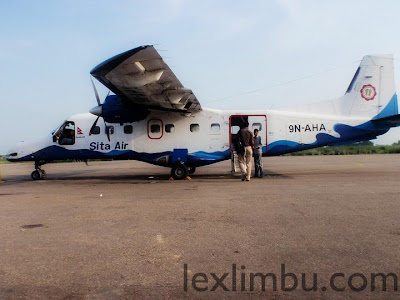 Lex Limbuhttps://lexlimbu.com
Lex Limbu is a non-resident Nepali blogger based in the UK. YouTube videos is where he started initially followed by blogging. Join him on Facebook and follow him on Twitter.
Previous articleEk Din Ek Raat – Nepali Film
Next articleMero Euta Saathi Cha on DVD – Original