Hes In Love With a Man 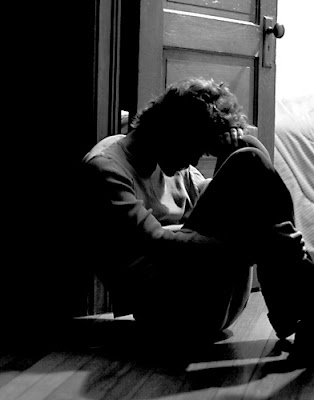 The birds were tweeting and I was blogging, then came a call. A call which moved me, it was Vardan. What would he be after at 3.30am in the morning I wondered. What happened in the next few hours still shocks me today. Wearing a much soft toned voice he told me how he had been seeing a man, they were strangers, turned into friends…developed further into lovers and now his lover was back to being a stranger.This probably was the biggest call that Vardan had made in his life of 17 years.
I was shocked to find out about his sexuality. However, that was nothing compared to the mess he was in. Vardan was in love with a 24 year old man, a man who he had been talking/seeing for half a year. A man who had a girlfriend – Avisek. Now I knew Vardan was someone who had his own standards and knew the rights and wrongs so I questioned his move. Was it right to see someone who was linked with someone else? He blames it on love, the invisible link tying two individuals together. I could feel the disappointment from his melancholy  tone, I tried to understand how hard it may have been for him to keep this all to himself, finding no one to share the good memories and having no one to take advice of. From what he said it turns out that Avisek was only using Vardan for company, someone to talk to, a friend to occupy Aviseks hours with no commitments. Vardan was easily led, experiencing the first ever joys of being in love, he wanted more out of their stagnant relationship. It was Vardan’s want which led to Avisek abandoning his part-time lover who he probably had no genuine feelings for. Broken hearted Vardan cried over the phone while I listened speechless. What should I have said, what could have been done. I had no idea. I dislike the idea of relationship so all I could think was not to fall in love at the first place, that was of no help.
The merriest boy I knew was going through the biggest struggle so far. He’s alone. There are two sides to a story and Ive only heard the Side A but I found it amazing how Avisek is playing with peoples emotions for his benefit. To fill up the void in his life. The girlfriend – Leena isnt aware that her boyfriend is a hungry bisexual…Vardan had told Avisek to confess or leave Leena many times but Avisek never saw his actions as being wrong. My most recent meet up with Vardan in Starbucks was difficult for me, as we had our Choc Cream frapp I could see the smile was long gone…his face looked as if he had aged rapidly in the past few weeks. I felt like I was meeting a whole different person. Love is cruel, I think its one of the worst addictions. However to everyone in love, go ahead, do your thing – be happy but remember too much emotional attachment always causes pain in the future. This was Vardans story.
I think about Avisek’s future, hes content in hiding. He says he’ll get married to a girl one day soon. Has this 24 year old man thought about how his actions could impact some innocent girls life one day. That too in our conservative Nepali society. Three things cannot be long hidden: the sun, the moon, and the truth..Vardan gave me a glimpse of what its like to be a gay/bi in a Nepali society. He tells me Avisek is only one out of the many guys who are pretending. This is it, I hope this off-beat post wasnt a bore.
Vardan and Aviseks story isnt extraordinary, Vardan’s love for Avisek is.
*Names have been altered to protect the peoples identity.

Lex Limbuhttps://lexlimbu.com
Lex Limbu is a non-resident Nepali blogger based in the UK. YouTube videos is where he started initially followed by blogging. Join him on Facebook and follow him on Twitter.
Previous articleEXCLUSIVE: At Home with Sabin Rai
Next articleThe Launch – TopEventUK