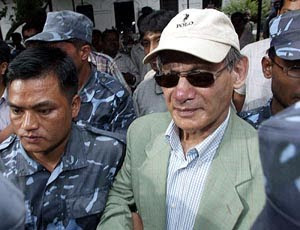 After several years of low-profile serial killer Charles Sobhraj was arrested in Kathmandu at a casino back in 2004. The bikini killer who’s famed to have murdered more than a dozen tourists in South East Asian countries in the 70s was captured with false passport documents and was convicted for murder of Connie Joe Bronzich who was stabbed repeatedly and her body, burned almost beyond recognition, dumped on the outskirts of Kathmandu. 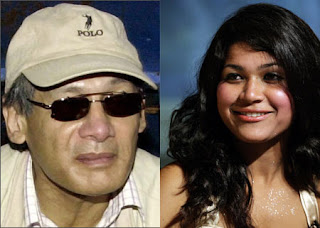 Surprisingly, Sobhraj pretty much claims his innocense as he states that he was not in Nepal during the time of Connie’s murder and blames the corruption of Nepal for his long extended trial. Its just been few days since the court has given him life-sentence for the murder and his supporter/wife Nihita is in full support of Charles freedom and she has plans to involve the UNHCR into this ongoing crisis. You must read about his whole life on Wikipedia, articles etc. Its fascinating, he also spent 21 years locked up in India before being deported back to France where he lived a life as a somewhat public figure. Why he came to Kathmandu in 2004 still remains a mystery. Things dont add up, why wasnt he arrested in Thailand? France? India? Did Nepal only arrest him for the money? What a story, it would make a great movie and apparently few Bollywood producers are itching to get their hands on Sobhraj’s life.