How Top Was The TopEvent? 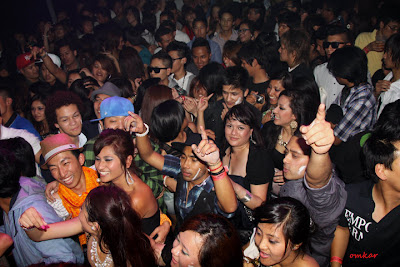 By Palomino~
If you are a regular on lexlimbu.com you will know about the much talked about Top Event Party on the 14th of August at ‘Area Club’ in Vauxhall! A lot of nice people I know were attending hence I caked on my makeup, dolled up in my party gear, took a lot of unnecessary photos travelled all over London with my lovely and late friends to finally arrive at the party.
I do not attend many parties, my social skills are limited. But Lex and other friends successfully sold me this party after many naggings and threats. This was Top Event!
The clue was in the name, this was going to be a top notch do and best of all we had bagged some exclusive VIP tickets! Anticipation and excitement was running high. As we arrived at Vauxhall Nepalis had flooded the train station and surrounding areas. It was good to see old friends and be like “OMG haven’t seen u ages, sanchai chau?” or “Oi chininas! Hahahaha” and then the awkward “o aa thikai chas…..er….er….. er….ay malai sathi le bolaudaicha hai gtg” etc. 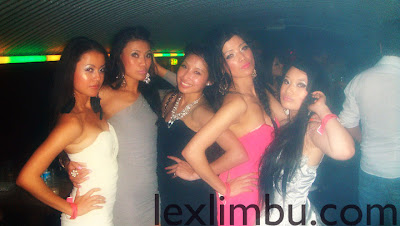 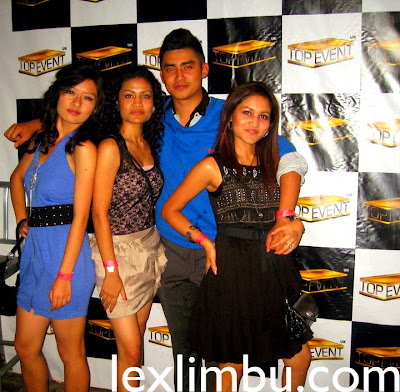 The men and women had certainly dressed to impress. Sabrina Shrestha organizer of the Miss UK Nepal 2010 contest looked the part in a slinky black dress and high heels. Miss HK Purnima Gurung probably gained more fans as she looked ethereal in a pretty party dress. Also spotted was the gorgeous Bhawana Limbu tipped to be a favourite for the title of Miss UK Nepal. The lovely ladies Leena, Lisha and Preeti from BFBS ‘Yuva Vibes’ were also there. The familiar and creative crew of Parcha Productions Shishi, Nawal and Bikrant well dressed and well mannered as usual and lexlimbu too was seen sporting a orange sadhu cloth scarf around his neck. I don’t know what that was about. Maybe it is between him and his God.

Ok so we were at the entrance, we had to show our passes and ID in a dim area, then in a dimmer entrance bouncers checked our belongings for weapons, drugs, modern drugs etc. We had to get our hand stamped by the ticketsters and we had another person checking that the stamp was on with a mobile phone light. So ya a lot of checking and stamping, I was a bit befuddled but the blaring music made me forget all. The dance floor was alight with packed dancing bodies and loud banging music and glittering lights. The energy got to me and a few drinks later we were dancing non-stop. Clubs can be full of pervs but I was taken aback by how polite most people I bumped into were. I kept saying ‘sorry’ and they went politely ‘thikai cha’ and this went on for quite a while till I pushed someone quite hard and dropped his drink on her clothes. They weren’t happy- me, I fled. 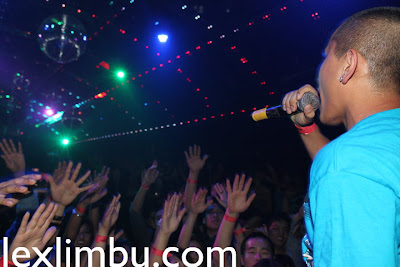 The highlights of the evening were definitely performances by Sagar Moktan and MR KC. The latter first warmed the crowd up with his music and it was a great interactive experience as he encouraged the crowds to participate and shout chants! He was a charmer that one and is partly the reason I have a throat ache! So pop in next time MR KC’s in town; he’s loud, his music is energetic and he’s got some serious Nepali-ishtyle!
The crowds went ballistic as Sagar Moktan took to the stage partly due to his music and partly as Top Event have promoted him so well. During Sagar’s performance some super bright fireworks popped off! they were WOAH! something new to a nepali party! quite spectacular.The younger and the young, the male and the female whether it be because of his fantastic charisma and music or his youthful vibe wanted a piece of Sagar Moktan that night. The songs kept coming, the cameras were popping and the crowds never stopped chanting! The atmosphere was full of excitement and a heavy combination of booze, good music and great old and new friends for me made the event a top one! Nepunity and Kavir Tamang also performed well!
Room for improvement definitely the VIP rooms. There was a lot of spillage, mess and the seating was uncomfortable. The venue was a tad bit too small and people were crushed in one dance floor despite the fact that there were others around. Thumbs up to the bar- drinks were reasonably priced! And the security team did their job well without being overly aggressive. I was betting on fights breaking out but there were virtually none. But at around 6am one broke out outside the club where I watched in horror as a black man was being chased wildly by a pack of nepali boys. Well that brought me down to earth!
Overall, it was an entertaining night but for Top Event this is certainly a promising beginning. I look forward to attending many more ambitious and well organized parties to come! So keep them rolling, and cheers for this one!

Lex Limbuhttps://lexlimbu.com
Lex Limbu is a non-resident Nepali blogger based in the UK. YouTube videos is where he started initially followed by blogging. Join him on Facebook and follow him on Twitter.
Previous articleTwins? Zac/Cody and Nattu
Next articleNo Love for First Love!