Abroad Calling: In Search of the British Dream 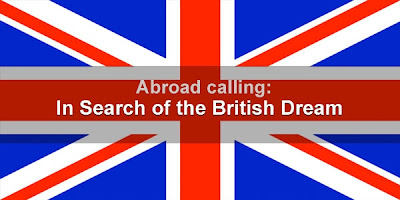 I watched a Nepali TV News report on YouTube regarding the influx of Nepali students seeking higher education in Britain. In front of the camera was an optimistic student who confidently stated he had no worries adapting to the life in the UK. He further added to his statement by suggesting how the development of London Olympics would guarantee him a job which would fund his education during his stay in one of the most expensive country in the world.
I was in awe. I felt annoyed at his blindness; however I cannot blame his lack of awareness. I partly blame the education consultancies in Nepal. They are clearly misguiding, misinforming and MIS-everything else to these students. Yes, British education is of high standard and the most recognised in the world. Nonetheless students from Nepal who have entered the UK since 2006/7 in student visa have been duped by these consultancies; our own Nepali brothers and sisters. The promise of a British dream, five-star education has been short-lived for thousands of students who have had to seek Plan-B after finding their educational institute being suspended. Education is the only first of their struggle.
Accommodation: The dreaded A. We’ve heard stories; I’ve witnessed it through my own friend. My friend was to be picked up by his agent in London Heathrow upon his arrival; however the agent never arrived. The accommodation had already been partly paid for in Nepal. Stories such as these are nothing new. We’ve heard worse, to such extent that Nepali students have been found accommodating themselves in public parks. As the Nepali mentality goes, we hear it, we say ‘Ke Garne’ and get on with our daily duties. NRN-UK in partnership with various Nepali media publications in the UK initiated a talk-program with such students to seek support for them.
Many students who arrive in the UK arrive with no intentions to return back to Nepal. They plan to overstay their visa and afterwards do the odd-jobs and seek a small time living whilst also providing for those back in Nepal. Now we all have our own personal circumstances. I am not here writing this to belittle those who have overstayed and are making a living illegally. What I will say is, those who do that have to go through twice as much trouble. With no legal status, job opportunities are automatically limited. They find themselves as a niche, so niche that they have to say YES to whatever amount they’re being paid. They’re just one out of the thousands at the moment. I ask my friend who now has been here in the UK for a year what his journey has been like, he explains to me his journey has not been a rollercoaster but a journey that has taught him love, respect and to maintain values. He describes to me how meeting with Nepalis, eating and watching Nepali movies is dearer to him now than ever imagined. I guess you only realise how great of a place Nepal really is when you actually leave Nepal. He is only one out of the thousands who agree with this statement and he is only one out of the thousands who left Nepal in desperation for an opportunity to better himself abroad. He is still yet to fully live his British dream but when he does Nepal will once again be crying for another lost countrymen.

Written by lexlimbu
This article was written by me for Saathi Sanga Manka Kura which is the centerpiece of UNICEF’s communication initiative for young people which is the first radio program produced by the young people for the young people in Nepal. You can also listen online here!
My writing and what I have projected may differ from your encounters and experience. This is written from my personal point of view.

Lex Limbuhttps://lexlimbu.com
Lex Limbu is a non-resident Nepali blogger based in the UK. YouTube videos is where he started initially followed by blogging. Join him on Facebook and follow him on Twitter.
Previous articleNepali Films in 2011
Next articleBryan Dai Coming on 19th Feb