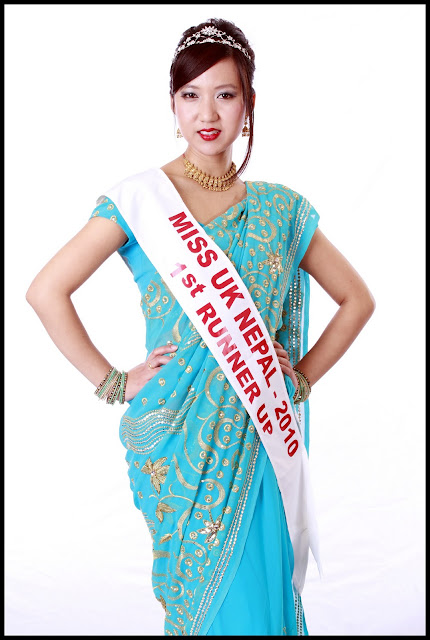 23rd October 2010 probably will never be the same again in this Limbu household. This was the night when both sister’s Sheila Shraddha and Monica stole the limelight by winning the title of first runner-up and second runner-up respectively at the first ever Miss UK Nepal beauty pageant. Twenty-three year old Sheila Shraddha Limbu who recently graduated from University of Surrey in BSc (Hons) Business Management decided to take up this opportunity believing she had nothing to lose and looking back now she tells me she had never expected to get this far into the competition. Sheila who is quieter than sister Monica may come across as a silent person but give her a topic and her fiery character is bound to show through. This is one of the many qualities she has which helped her win the title. Between changing different outfits Sheila gives her views on the Nepali society, her future and the beauty pageant.
Interview Taken: November
How did you feel when the host shouted your name as the first runner-up? I was very shocked, I thought I would get to the top 5 but had no expectations to be one of the main winners. At that time I was really proud that my sister was sharing this moment with me. It didn’t sink in till the next morning. 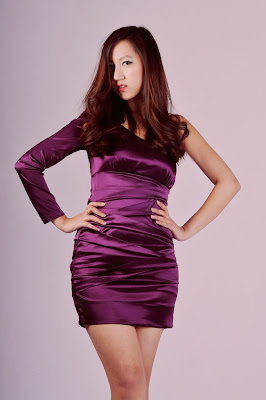 So I believe your household had quite a party after the win? Yeah! It was quite surreal. There were phone calls from my family in Nepal, well-wishers, parent’s friends, my friends and so on. The celebrations continued for quite a few days. Our cousins had always said you two will get very far but I always thought they were only saying that because you know, you kinda’ have to but when the pageant was over now I’ve realised that they really did believe in us.
Who was your biggest competitor out of the 12 contestants? My sister Monica! (smiles) Obviously, Nabina was a threat but she was in a different level already so Monica was my immediate competitor. During the training sessions the organiser would always complain about my walk, talking etc and she’d always say learn this from Monica, learn that from Monica. So I guess she was a competitor who I learned from through the stages.
For all the guys out there will you be able to tell us if you are single? I think that’s a very personal question and I prefer not to answer it.
What are your thoughts on inter-caste marriage? Most of my family have inter-caste links and for us marrying a Limbu is not a priority. We have extreme caste diversity such as Limbu’s marrying Janga Bahadur Rana’s and the best thing is we’re all happy with each other and you learn so much more if theres diverse range of people in your family. I don’t see or have any problems with it. 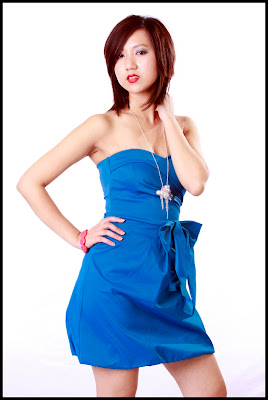 Out of all the Miss Nepal’s, who has been the one that’s inspired you the most? It would have to be Ruby Rana, the first ever Miss Nepal. Even now there’s so much struggle and anti-groups of Miss Nepal and I cannot imagine how it was back in 1992. I don’t even know what our country was like back then, but for someone to come out fighting against the odds and be ready to project herself to the mass is an inspiration to me.
How would you describe the Nepali community in the UK? I feel as if there isn’t such unity, I see more divisions now days. We need to be ONE; I think the division lies more in terms of where we are from, our caste and beliefs. If I was to change such thing then it would be to be more united and not get into conflict with each other and that’s to the youth and the elders.
What should be the role of today’s women? I think we should stop asking for equality between women and men but be better. Women should also help other women; the anti-group of Miss Nepal is an example of women bringing each other down. We should be encouraging each other in all respective fields.
The Miss UK Nepal Team are back with a Dance/Fashion show which will take place on the 26th February at Hawkinge Community Centre from 7.15PM. Tickets for THE GLAMOUR NIGHT is priced at £10 and Please call this number for more: 07734355078.