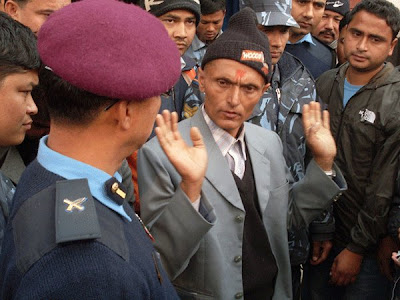 He is certainly the man of the moment. Devi Prasad Regmi has become a somewhat celebrity with his own support website, Facebook page with more than 7000 fans and face plastered across Nepal’s national daily. Regmi came to this popularity after he slapped chairman of UML party Jhalanath Khanal. When asked why he acted agressive towards Khanal, Regmi defended himself by stating his frustration at the lack of progress in the troubled country.
Regmi was arrested and detained, but has since been released on bail. He reportedly faces a charge of disturbing the peace.
O and Nepal still doesnt have a proper Prime Minister.