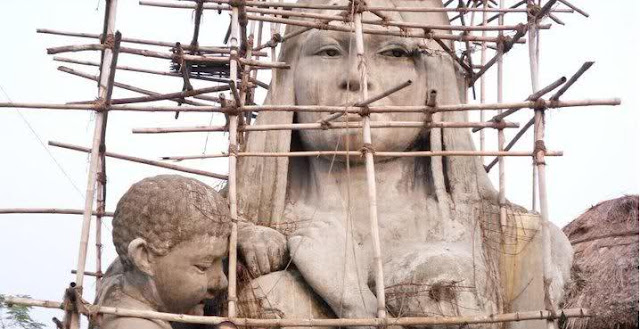 Here are some images that was sent in lexmail which looks pretty interesting. The sender has asked me to find out where the photo was taken. I did ask my way around here and there and got the inkling that the photo was taken somewhere in Itahari (Eastern Nepal), however don’t quote me on that. Viewers are you able to tell me where the photo’s from and what the statue actually represents. I am definitely loving the art here!

UPDATE: The photo is of the area surrounding Chintan Chautari Restaurant in Itahari. A reader wrote saying ”the sculpture is based of a Limbu woman traditionally cladded with typical Limbu ornaments which is not shown on the photo due to it being under construction, however now the finished sculpture is fitted with fuli, siribandi and other traditional symbolic attire”. 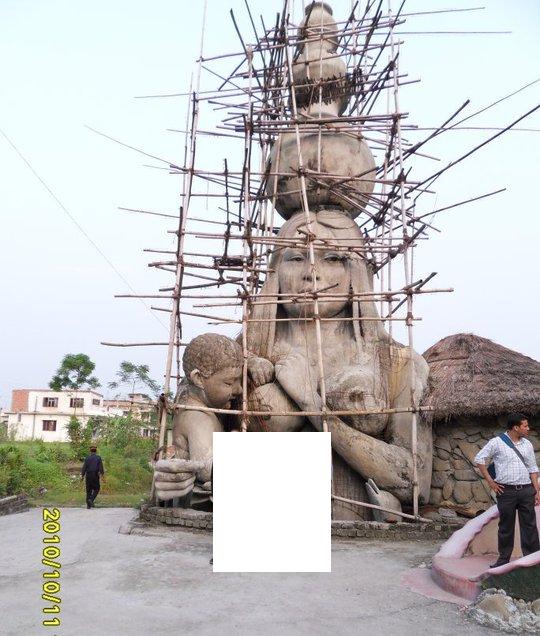