Lex Limbu
December 31, 2011
Share
Facebook
Twitter
Pinterest
WhatsApp
Once again there’s been a whole lot of cursing and uniting against India in the past couple of days and all it took was Bollywood movie trade analyst Komal Nahta to say ”Not to forget Nepal territory, because Nepal territory is also part of India” while explaining the box office collection for the Shah Rukh Khan starrer DON 2. When I heard that, I felt uneasy as well. But then I wondered why a grown man, who surely is educated would say such a nothing. After fishing for clarifications Komal Nahta took to twitter and justified himself by saying that ”for film business purposes, the business of Nepal territory is, in fact, added to the business of India (NOT overseas, as you would believe).” Fair enough, maybe he did have a point for saying that, but it’s annoying now that the millions of geographically challenged Indian viewers will now think that Nepal is actually a territory of India (oh no).
Since we Nepali’s tend to be sensitive about our boundaries, maybe it’s time we stop hating on India and if we do care then we should press our own film industry leaders to reshape the system.
PS. The full clarification ‘statement’ by Komal Nahta is included in the jump below.
ALSO. I enjoyed DON 2 – it was soo UN-BOLLYWOOD, did you guys like it?
CLARIFICATION:

I respect the feelings of the Nepalese people but if they are so touchy about Nepal being treated as part of India for assessing the domestic business of films, let them take up the matter with the film industry leaders in India and Nepal. How can I be held responsible because I am stating what has been the norm for years? If the business of UK, USA, Australia and other foreign countries is included in the business of Overseas but the business of just one foreign country – Nepal – is added to the business of India for the purpose of arriving at the domestic business of films, how in the wildest of dreams can I be held responsible? It doesn’t need to be overemphasised that I was speaking in the context of the business of the film, Don 2, and not about geographical limits or territories when I was discussing the business figures of the Shah Rukh starrer. Why on earth would I discuss Geography or try to change it on a TV show called ETC Bollywood Business?

Think, guys, think. Quoting someone out of context – as some of you are quoting me – is dangerous, not reporting the facts – which is what I have done on the show. 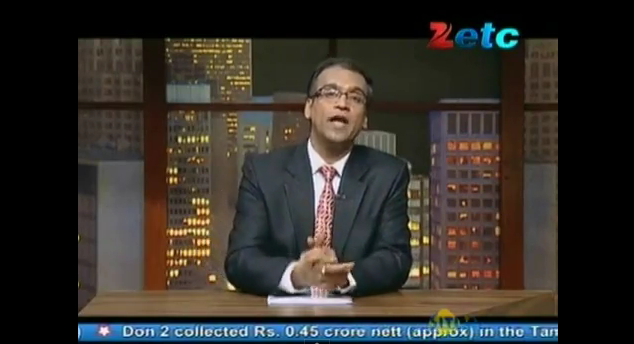