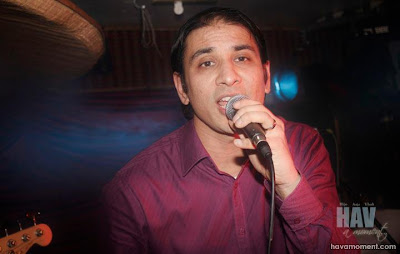 Bivek Shrestha from the famed band Kandara is currently touring the UK with supporting Chorus band and local artistes on a musical journey titled ‘Songs Forever’ in aid of Help Nepal Network. Aside from performing hits such as Lekali Hey Maya and Hong Kong Pokhara by the Kandara band Bivek will also sing popular Nepali songs such as Ritu Haruma Timi, Chiso Chiso Hawama and many more!
The concert has already successfully completed dates in Plumstead, Aldershot and Brecon where many of all ages came and enjoyed the show. If you want to go enjoy some fine music then there are three dates left to catch him live! The musical journey will next be at Reading on the 19th February followed by Folkestone on 26th February and Harrow on the 3rd of March.
Doors open at 6.15PM with the show expected to start by 7PM. Tickets cost 15GBP per person. For more, see below: 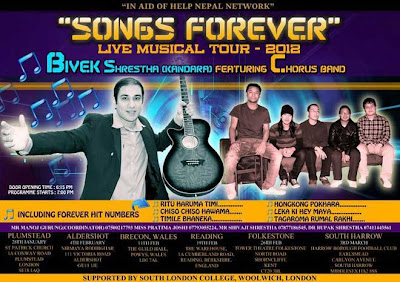