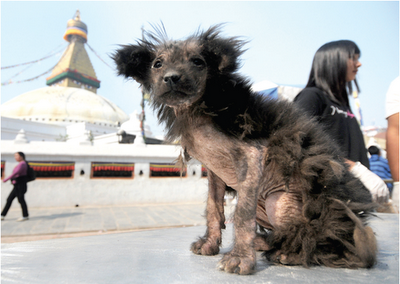 We’ve all seen streets dogs in Kathmandu or otherwise known as bhushya kukur. But have we ever thought of these dogs beyond the disease spreading, ugly and unhygienic animals that roam the streets? It is not their fault that many of them have been abandoned by enthusiastic owners that first took the responsibility to care for them and act as human parents. It is not their fault that they’re left homeless once they hit that age and can’t run around the compounds of a house acting as a ‘human paley’ or that an unexpected disease catches them. Do we scold a human who’s infected with a disease and kick him or her out? The harsh, possibly do. But that’s not a practice that one should follow.

Kathmandu Animal Treatment Centre, are trying their best to help end cruelty to animals but like all charities and organisations, they can only do so much… It has to start from you readers. With over 22,000 stray dogs in the city there has to be a reason why they are there. Remember, not all of them were born on the streets, many will have been made homeless by owners. These dogs are seen as problems due to more than 200 people dying each year of rabies and 16,000 having to be treated for dog bites each year. The only solution by the government has been the inhumane act of poisoning the dogs. Over thousands of dogs have been killed using this method and the worst part is, the dogs are having to suffer till their last breath as the poison usually throws them into violent seizures that could last very well up to nine hours. Moreover, the decomposed carcasses are dumped onto riversides which inevitably only increases water and smell pollution.

KAT Centre’s solution is simple and affordable. Most importantly, it does not involve the poisoning of dogs. To vaccinate a dog costs just £1 ($2 or Nrs 150), as they become disease free this will save them from being poisoned and left to die on the riverside. Since the KAT centre opened in 2004, they have already sterilized over 12,000 street dogs. The more astounding fact is that 4000 of the dogs that were injured or sick have been rescued by the centre and kept in their rehabilitation centre or alternatively found second homes. Now £1 or $2 USD is not much, you can help make the Rabies Vaccination program in the valley a success with a touch of a button – click here. Also, its not only about how much you can give financially but how much time you can offer, if you live within the valley or are planning to visit Nepal soon then why not volunteer for a week or so.

Below are few images from Kathmandu Animal Treatment Centre. 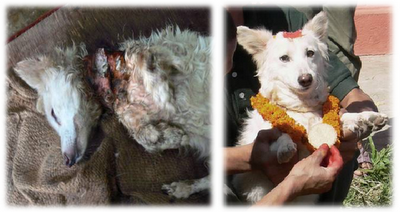 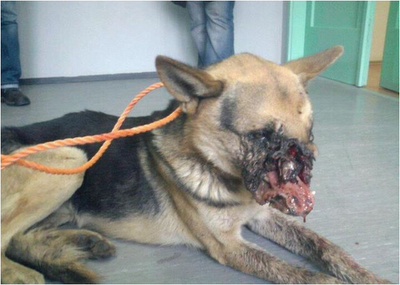 Lex Limbuhttps://lexlimbu.com
Lex Limbu is a non-resident Nepali blogger based in the UK. YouTube videos is where he started initially followed by blogging. Join him on Facebook and follow him on Twitter.
Previous articleNational Games – Photo Feature
Next articleChapali Height WOWS Producers!