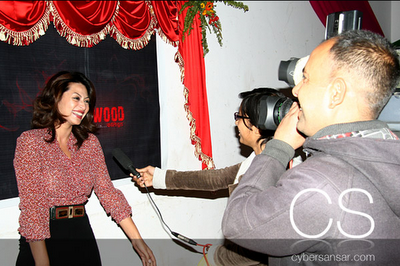 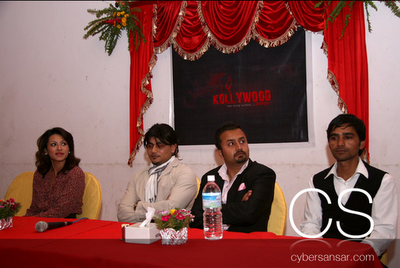 If you’ve ever thought about acting then it very well looks like now is the time to make your way into Kollywood… actually let us say Nepali Cinema, many seem to dislike the choice of words used to describe our film industry.

The latest bombshell to sizzle in the cinemas is Sahana Bajracharya! This is not a surprise to many as some may already know that Sahana has in fact made a short appearance in the much talked about Goodbye Kathmandu, we’re still waiting to see what’s happening with that film but in Navaraj Acharya’s film KOLLYWOOD, Miss Bajracharya will be going all out as a lead actress opposite Aryan Sigdel. As you may have guessed already, the movie will expose the struggles and hardships behind the glitz and glam of ‘Kollywood’. Hmm what glam? what glitz? I see all this as a very recent happening. Well, it’s a movie… we shall wait and see how the glamour is portrayed.

What is quite worrying is the screenwriter and music director for the movie Pradeep Bastola saying that ”this movie will be undoubtedly the best film of the year”. Steady there mitra, most that say such things end up eating their very own words. Tick Tock! We shall wait and see. Shooting starts from May/June 2012.