Are the Arts not a proper subject now? 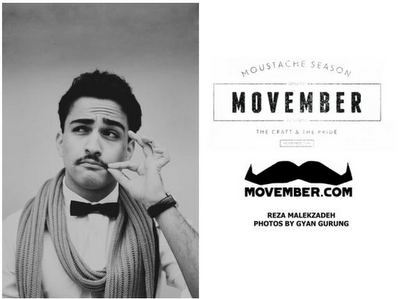 Each time I tell another Nepalese parent that I’m studying Media Arts, a fairy dies. The expression of disdain, followed by an immediate loss of interest is an all too familiar response to anything that doesn’t concern the Sciences, Engineering, IT, Law, Mathematics and every other job out there which will probably land you a handsome six figure salary.


They also ‘casually’ care to point to out that their children study in some far away university and are of course, reading medicine. This is usually followed by an unofficial invitation to their children’s graduation (which is not until at least two years later) and a reassuring pat on my shoulder, telling me that I am very, very brave. I don’t think people realise I’m faking my encouraging smile either because they continue to gloat at my face and at one point, go as far as to question if I didn’t have the capability to study anything else. If I could show you a glimpse to the sheer volume of rage amplifying in my body every time someone questions my apparent stupidity and lack of capacity of being able to do anything else, I really would.


It’s exactly like the time when your phone rings when around a family gathering (this is more effective if it’s at late night) and they immediately question who it is, underlying the fact that they think you have a boyfriend. The eye brows in the room go exceptionally high when you try to convince them it’s your best friend who is drunk dialling and it really isn’t a good idea to put them on speaker as proof. This doesn’t work, causing you to put your phone on speaker and they hear enough cursing to last them a long while. A game of Scramble with friends over your phone turns into a heated argument because it is suspected that you are texting a guy. The point here is, STOP ASSUMING EVERYTHING PEOPLE!


I’d like this to reach to as many of you out there who happen to be squeamish at the sight of blood, bored at the slightest hint of science and unable to comprehend math. We are NOT useless simply because we don’t follow the regular academic course of subjects that everyone around us are doing. The right side of our brains are simply more dominant, causing us to appreciate things as a whole before the details , be intuitive by being led by our feelings rather than logic and simply put, we’re artists. We die a slow death when put in a classroom, forced to study something that doesn’t work for us. I know too many friends who’ve dropped out of college and other higher learning courses as they think they’re a failure just because they couldn’t pass the subjects which would help them become doctors. In fact, so many of us are discouraged to take hobbies like photography seriously because it’s a ‘waste of time’ and won’t ‘land a good job’. Sure your parents are looking out for you, but do not ever waste a single ounce of energy thinking for whatever matter that you are stupid. You’re talented as you are, just differently to others.


I’ve TRIED making Media Arts sound as humanely exciting as possible. Past examples include ‘I study cinema’, ‘I study directing and producing’ and even ‘I study films’, which always gets the same response. But when you really come down to it, it really doesn’t matter what they all think, because I work my ass off as much as every student out there. I have just as many finals, dissertations and enough essays to drive me insane to be busy with to care about what anybody has to say. The point is, I love what I do and it really is up to you guys to respect me as I am. I’m not going to make myself feel inferior to anyone because I’m different and don’t save lives in a daily basis. But get this, the small minority of us who study the arts, be it fashion photography or fine arts, are as talented as they come and I personally can’t wait for us to come out with our talents in the future.


Past events such as Parcha Production’s art exhibition showed off beautiful art works by upcoming Nepalese talents and if you haven’t seen it already, I’m sure there will be another event soon. The art scene is bustling with famous photography bloggers such as Gyan Gurung and Karuna Gurung. Absolutely stunning art pieces by artists such as Nawal Rai and Subash Thebe were also on display. The Kollywood industry is growing as we speak and Nepalese films are actually worth seeing these days.


The art movement is going too strong to be denied as a ‘proper’ subject my friends and may you never have to face the prejudice I get for simply doing what I love. Follow me on twitter @simantgurung for regular updates of my non existent life and I’ll leave you with a beautiful piece Gyan did for the Movember project. Enjoy your Easter J


Loved this piece of writing by Simant Gurung! Simant also has a weekly column on Everest Times (UK).