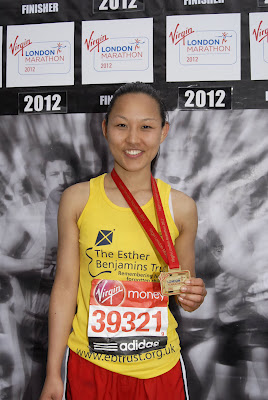 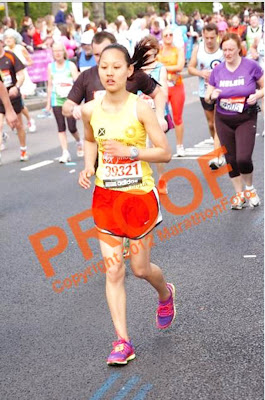 21 year old Treeshna Rai was previously mentioned on the blog regarding her goal to complete the London Marathon. Treeshna successfully completed the marathon, one of the longest in the world, in 5 Hours 12 minutes on the 22nd April 2012. The race which began at 9.45AM in the morning took runners through various landmarks around London in the 26.2 miles stretch. When asked what kept her motivated during the long run she confidently shares ”Visioning the moment of victory after completing the course kept me well motivated”.


She may have only targeted to raise £1800 for The Esther Benjamins Trust but with a total of £2794 raised so far Treeshna is amazed and very pleased with the support she has received from hundreds of people worldwide and hopes to continue running such marathons in the years to come. She has also confessed regarding her obsession to keep super fit and healthy. I guess that’s an obsession we all should follow no? Actually, we should do everything that Treeshna has done; be giving, be determined and be positive.