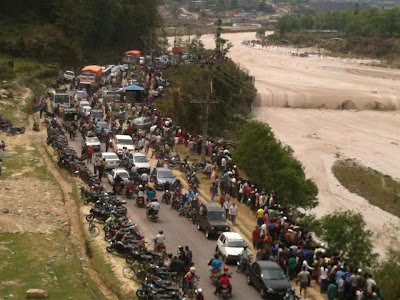 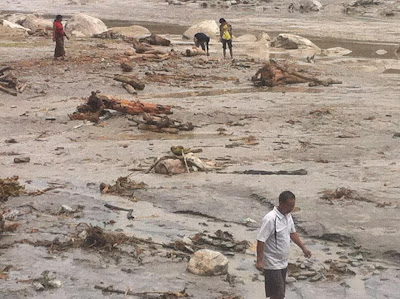 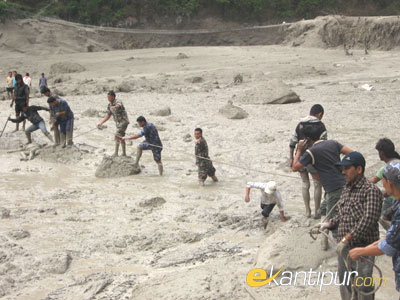 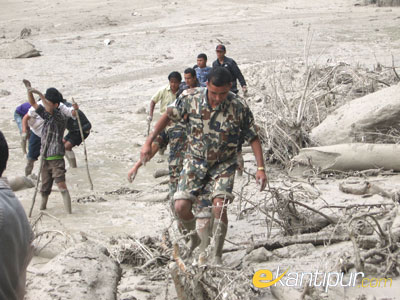 The Seti River viciously came to life early this morning in Pokhara with full force that swept nearby settlements, villages and even vehicles. So far at least 14 people are said to have perished in the flood (ref. eKantipur) with over 50 missing. The flood that has taken everyone by surprise is believed to have been caused by an avalanche upstream, deep in the Annapurna mountains.


Three Russian tourists trekking in the area are among the missing, including two buses carrying students for a picnic to Khaarapani. It’s very much guaranteed that the death toll will increase in the next few hours as police have embarked on rescue operations. Whilst some have said this event has been caused by a “glacial explosion”, Pradeep Kumar Mul (glacial lake and glacial expert/International Center for Integrated Mountain Development) has said that it’s more likely to be the case of an avalance as debris which consists of trees and plants can be seen.


Truly a sad day…
Prayers to the lost lives, the missing and the friends &families.


PS. You might want to read this article from Nepali Times to understand more regarding why such a flood took place this morning.