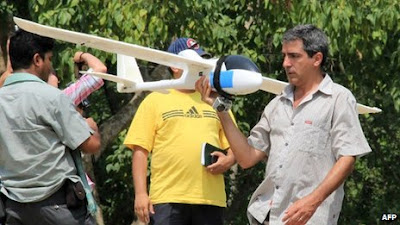 Usage of conservation drones is the latest technology that has just completed it’s testing phase in Nepal. The unmanned aerial vehicle which will have a camera on its base will monitor the vast national park for poaching activities. Similarly, drones have already been put into practice in Indonesia and talks are underway to bring them to use in Tanzania and Malaysia. National parks in Nepal have many endangered species from the Royal Bengal Tiger, one-horned rhino to snow leopards [and many more].

“We hope these drones will be useful in detecting poachers as they enter the parks,” Dr Serge Wich, a biologist with the Anthropological Institute at the University of Zurich and one of the innovators behind the project, told the BBC. “If they see poachers in the area, they can send out a team to catch them.”

Love it! Let’s save the animals and punish the poachers.