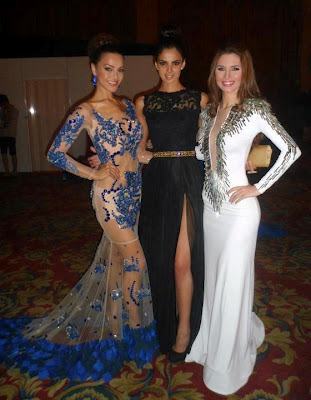 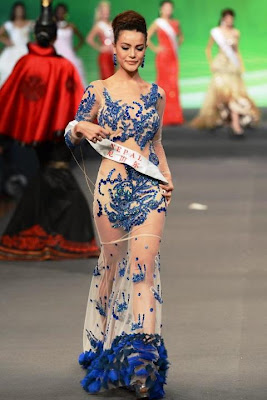 Nilima has already racked up several awards to her credit including the 12th IEC Designer Contest in 2010. The young lass from Taplejung has been praised by several personalities from the likes of Karishma Manandhar to Malvika Subba. She’s also one of the few selected in-house designers for House of Alternative Apparel. Before Shristi it was Samriddhi Rai who wore Neelima’s creation, the famous red dress, at Miss Tourism International 2011. Lucky Samriddhi also bagged the Miss Personality title at the pageant. When asked how much a Neelima Maden Limbu piece costs, the designer replied coyly by saying “designer wears cost a good sum of money, so do I”. Nicee! You gotta set a bar indeed. Neelima also shared that she’s very keen on dressing Jharana Bajracharya sometime in the future soon.
Join Lex on Facebook!
Read More:
Samriddhi Rai Bags Miss Personality!
Shristi Shrestha at Miss World