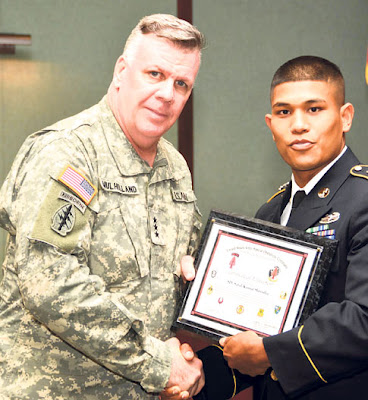 Spc Saral Kumar Shrestha was recently awarded ‘Soldier of the Year 2012’. Saral who is a graduate from Belluevue University in Nebraska in Bachelors in Computer Information Science Networking enlisted into the US army in September 2009. According to Republica daily Saral is with the Special Forces Command (Airborne) in the US army. The young achiever is once again in the line-up for the ‘Best Warrior’ award in October.
All the best.
UPDATED: 25/08/2012 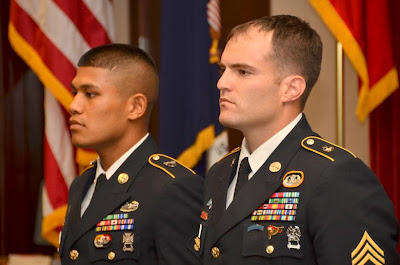