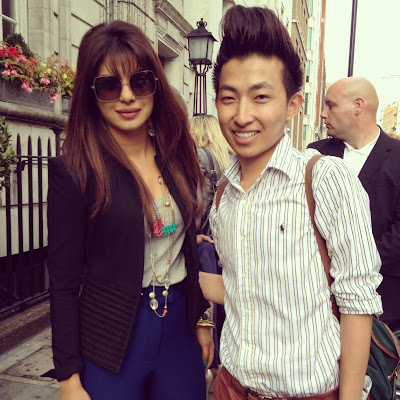 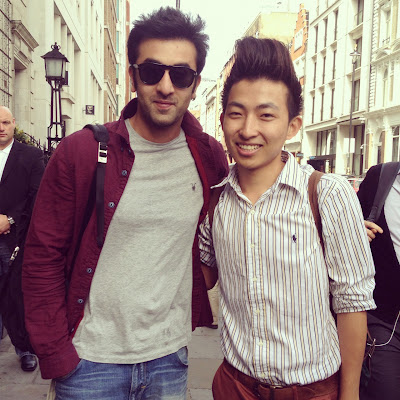 Having shared my story to quite a number of people already, I feel a little tired writing about this. Nonetheless, I know that many are eager to read about how I bumped into Priyanka Chopra and Ranbir Kapoor earlier today in London so here it goes.

Well, technically I didn’t really bump into them. Around mid-day I was informed by a friend that PC and RK may be at a certain area of London. It was either going to be sitting at home and doing paper work or going to London on a hunch that I possibly may meet my favourite Bollywood actress Priyanka Chopra. I chose to follow my hunch.
It didn’t take long until I saw their entourage leaving the building; always a good sign. Aside from the Bollywood journo’s that had been interviewing Priyanka and Ranbir about their upcoming film Barfi! My friend and I were the only two members of the public present. Our chances of seeing them were indeed very high. Ranbir Kapoor was the first to leave the building. We asked for photos to which he agreed. I’ve only seen a few of his films so after a minute or so I kinda ran out of things to say, nonetheless he was very humble and interested in knowing where we were from, our names and requested us to go watch Barfi when it releases on 14thSeptember. I didn’t even think I’d get a chance to actually talk with Ranbir Kapoor let alone take a photo like that. They were on their way to Dubai so it could’ve been a highly disappointing day where I could have returned without seeing the stars. This part was purely luck.
I was lexcited! I knew Priyanka would be following the exit any minutes later. There I was, in total OMG mode when a Bollywood journalist asked if I was Lex Limbu. I sheepishly said yes without knowing what was coming next. Fortunately, the B’wood journo was aware of my blog/videos thanks to his Nepali friends in Bollywood. He introduced me to several other journalists and publicists there. I couldn’t believe this was happening. I tried my best to switch very fast from OMG fan mode to ‘playing it cool’ mode. That didn’t even last few minutes. As I saw Priyanka coming out I rushed forward to ask her for a photo. She smiled. She agreed. We took photos, like a crazy fan I told her how excited I was to hear her upcoming English album. She kept smiling and saying thank you. It must’ve been an overwhelming day having only arrived in London earlier in the morning from the States. I was so pleased. The stars headed towards their car. I couldn’t stop grinning, smiling, the whole shebang!
That was it. That was the meet. This was the very first time I’ve done something like this. Yes I’ve been to a premiere before but never have I loitered outside a building in hope to see someone. But I’m glad I did. I fulfilled my aim yo! 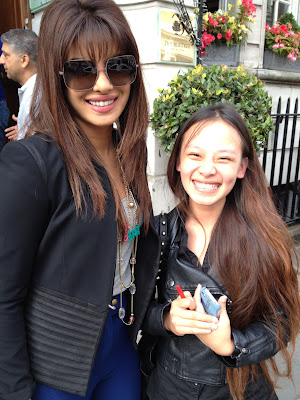 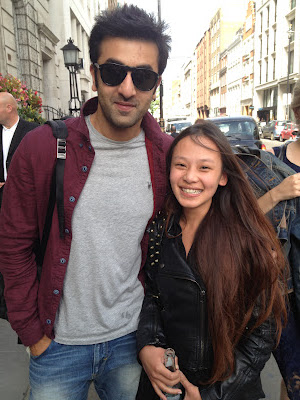 PS. I am a fan of Ranbir Kapoor now. ALSO, please refrain from writing rude/anti-Bollywood comments. I appreciate Priyanka Chopra’s films and her personality. Please do not forget that I have been promoting Nepali films and personalities endlessly!
#PS. Huge thank you to everyone that has shared/promoted/talked about my blog/videos to friends/families and strangers. Thank you for spreading it. Owe you all.
Barfi! Releases in cinemas all over on 14 September.
Join Lex on Facebook!
Read More:
Ranbir Kapoor in Darjeeling
Seeing Priyanka Chopra – Teri Meri Kahaani

Lex Limbuhttps://lexlimbu.com
Lex Limbu is a non-resident Nepali blogger based in the UK. YouTube videos is where he started initially followed by blogging. Join him on Facebook and follow him on Twitter.
Previous articleSpc Saral Kumar Shrestha – Soldier of the Year
Next articleNepal at the Paralympics 2012