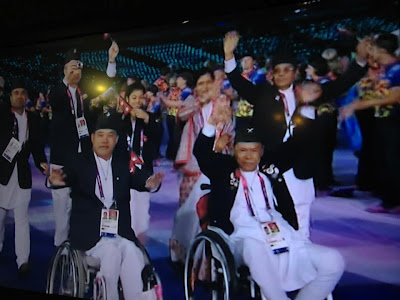 The opening ceremony for the fourteenth Summer Paralympic Games took place in London on 29th August. An estimated 4,200 athletes are expected to participate in the games which kicks off on 30th August to 9th September 2012. The paralympic games is an international multi-sport event where athletes with physical disabilities can participate.

Representing Team Nepal at the Paralympic games are Maiya Bisunkhe and Bikram Rana. Thirty-one year old Rana will be competing in Men’s 100m and 200m race. The 200m race will take place on Monday 3rd September and the 100m race will follow on Friday 7th September. Rana who hails from a Nepal Police background lost his eye sight in an ambush during the maoist insurgency.

Nineteen year old Maiya Bisunkhe will be competing in Athletics womens 100m race on Tuesday 4 September. Unlike Rana, Maiya was born without a hand (according to NepalNews.com). This is the third time Nepal has participated at the Paralympic games.

In addition to this, we also have twenty-eight year old Gurkha soldier Netra Rana competing under Great Britain for Mens Sitting Volleyball. The first game is expected to take place on the 30th of August against Russia. Having searched online to see whether another Gurkha soldier Kushal Limbu would be participating at the games I could not find any significant results.
All the best to #TeamNepal 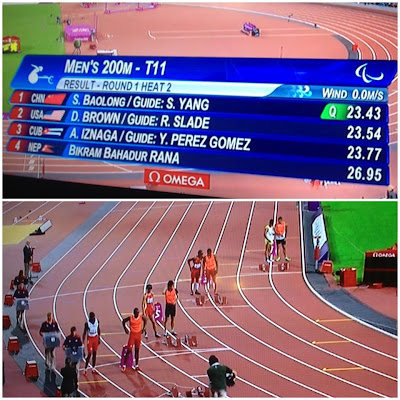