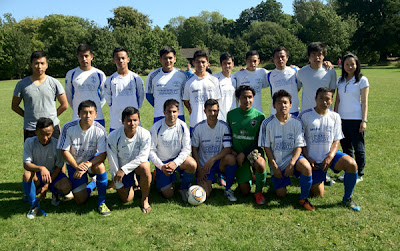 After kicking off the season with a victorious win against Hartley FC team, Sahara FC UK continued on its winning spree on Sunday 9th September playing against Frimley Wanderers. The team have also managed to bag a sponsorship deal from Pradeep Patel of PKP Company. The company has agreed to sponsor the football kits for Sahara FC UK worth £500. In addition to that the team have recently welcomed a new physiotherapist Manisha Limbu, a recent graduate from East Anglia University.

Sounds like everythings working out for the boys! If you live nearby then head over to the home ground (King George Playing Fields) on 16th September to witness the next game against Selbourne FC, 1030 HRS kickoff. Continue the winning streak Sahara! This is your moment.

PS. To read the full summary of the match you can click here!