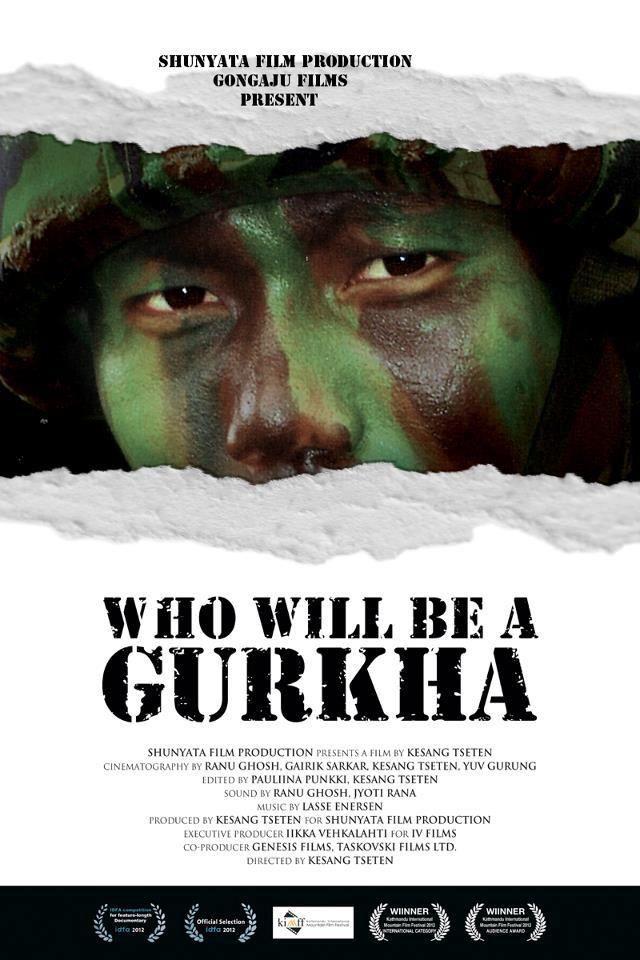 Nepali documentary film Who Will Be A Gurkha is currently being screened in selected cinemas across Nepal including QFX Cinemas in Kathmandu. The documentary which gives a deep look at one of the toughest recruitment process in the world has been previously screened at the International Documentary Film Festival Amsterdam and the Kathmandu International Mountain Film Festival. The film also won the First Prize of $1500 US Dollars at the KIMFF in December, 2012. The film has been directed by Kesang Tseten.

Let me know what you guys make of the docu-film! Great to see Nepali film and media covering a wide range of issues and stories.

Join Lex on Facebook!
Read More:
Stabbed Gurkha Fights Off Attacker
Exhibition on The Gurkhas in Nuneaton
Gurkhas in Afghanistan