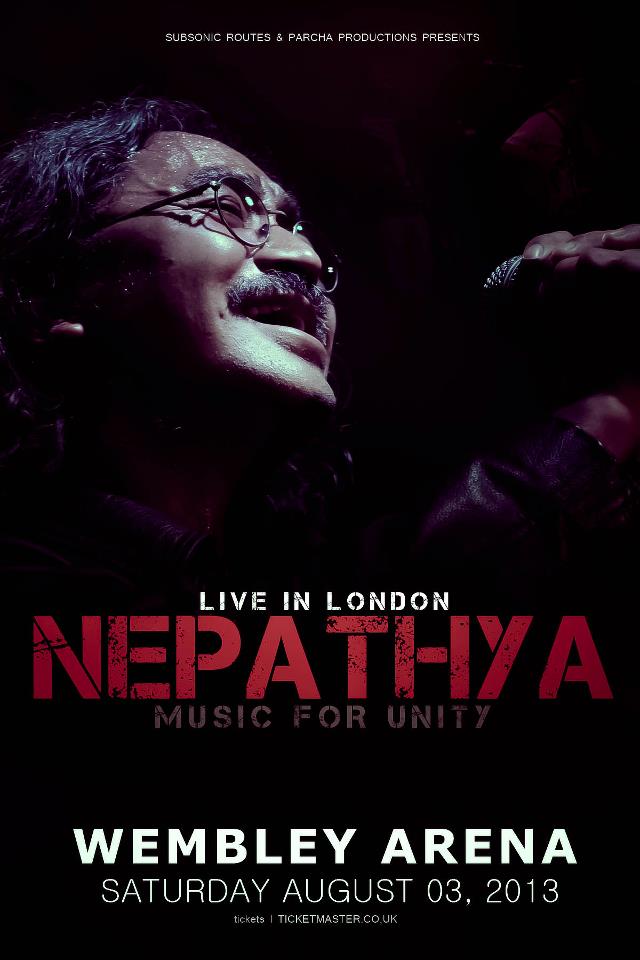 One of the biggest bands from Nepal, the classic folk rock group Nepathya will be taking the iconic Wembley Arena by storm on Saturday 3rd of August. It will also be the very first time that a Nepali band will be taking the stage at Wembley Arena. Definitely a huge step for Nepali music. Tickets for the concert are already on sale at £28.25. I was expecting the price to be much steeper around the £50-£60 range, then again, the prices might increase closer to the date so do not delay, you really do not want to miss such an amazing show in one of the finest venues in the UK, BUY NOW. Chekyo Chekyo, Taal Ko Pani, Chari Maryo and Yo Jindagani are only some of the hits produced by Nepathya in their 22 year long career. The pakka ‘Nepali’ band who are known to blend folk melodies with modern pop/rock music are also well-known ambassadors of promoting Nepal abroad. Through their countless shows in Europe, America and Australia, the group have consistently spread the message of unity.

Nepathya Live at Wembley Arena is being managed by Parcha Productions and Subsonic Routes. The world-famous arena seats just over 12,000 people and has seen performances by The Beatles, The Rolling Stones, Cliff Richard and Britney Spears in the past. A Nepali event on such a scale has not been attempted before in the UK. The band who have previously played sold-out dates during their Australia tour is expected to work their magic and draw people in thousands at the Wembley Arena. And to all those sitting at home, if you have enjoyed Nepathyas music in the past and danced to Taal Ko Pani at gatherings then please do come and support the band at one of the biggest stages in the UK, come support fine Nepali music as well.

Lex Limbuhttps://lexlimbu.com
Lex Limbu is a non-resident Nepali blogger based in the UK. YouTube videos is where he started initially followed by blogging. Join him on Facebook and follow him on Twitter.
Previous articleBadhshala Screening in Hounslow
Next articleWho Looks Better? Aastha or Manisha?