Leopard Killed and Paraded in Kathmandu 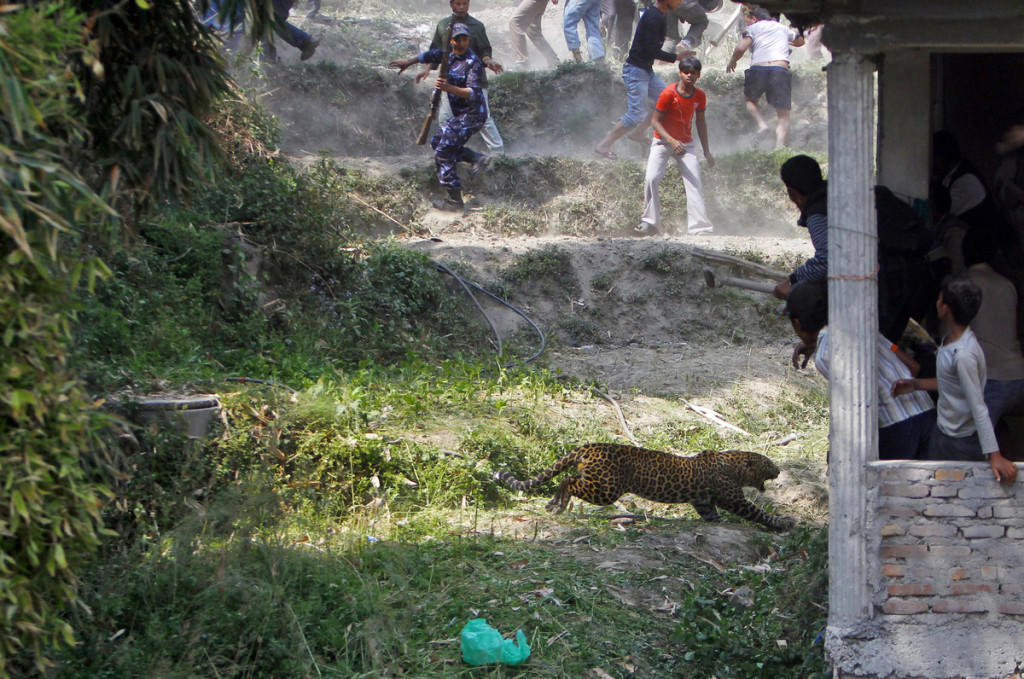 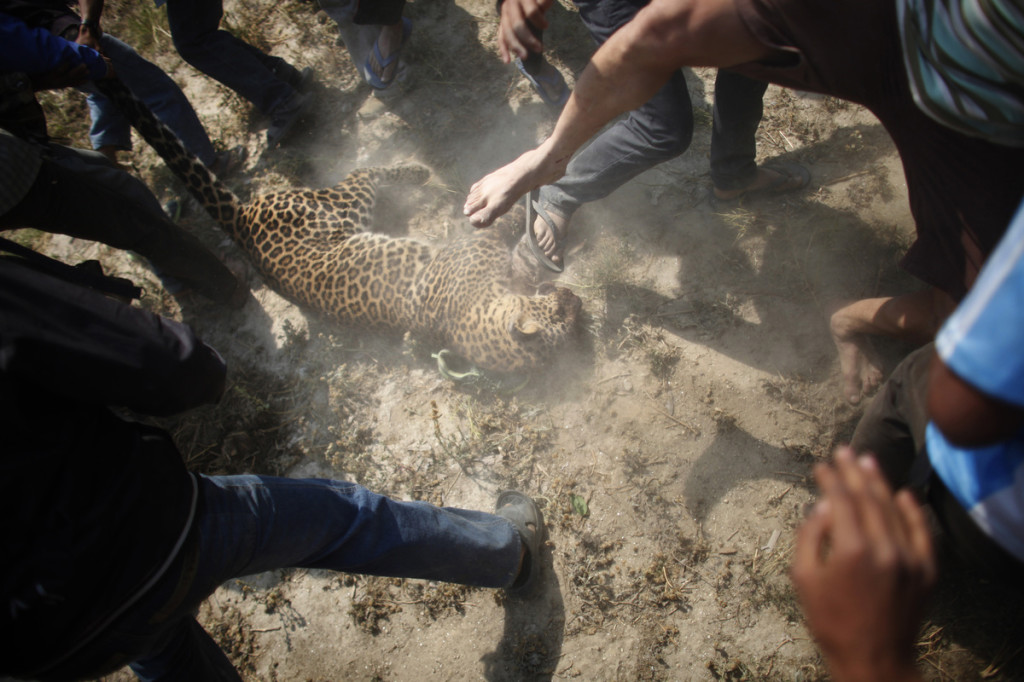 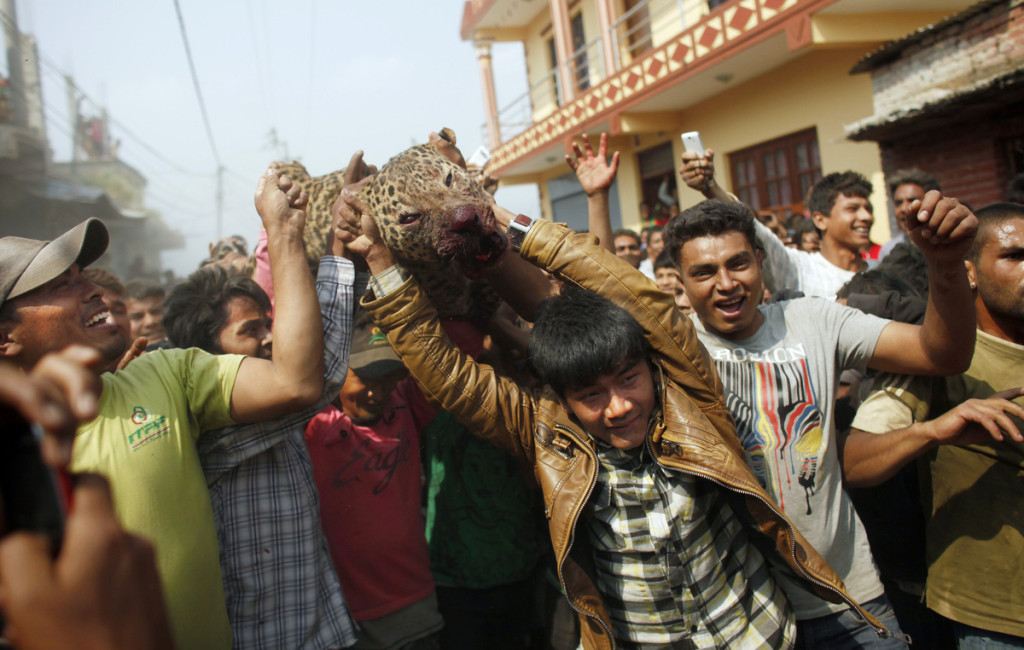 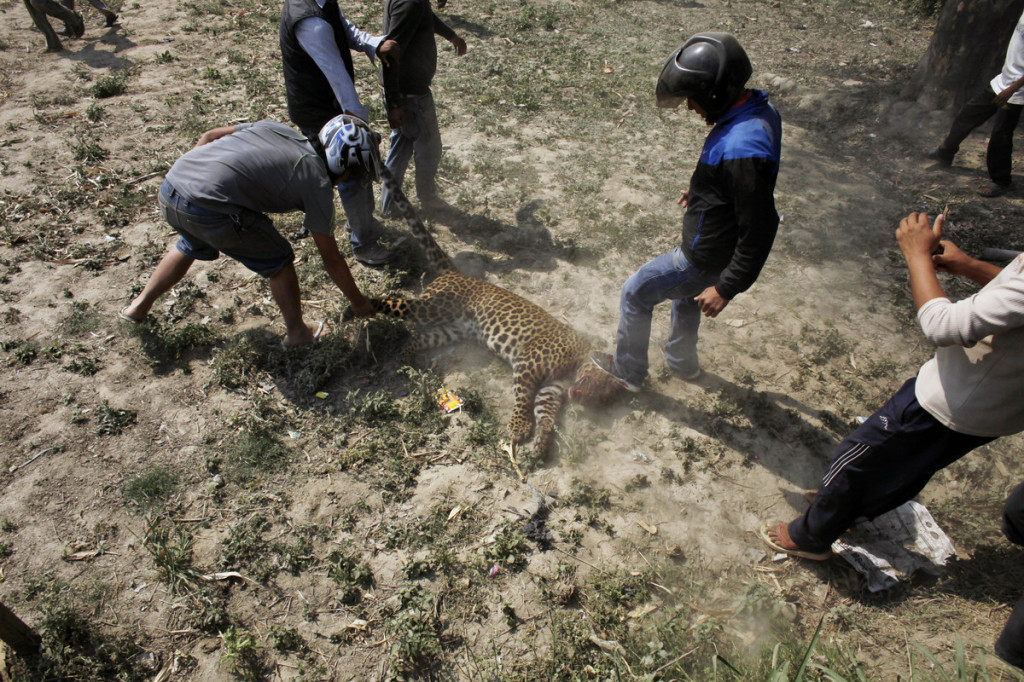 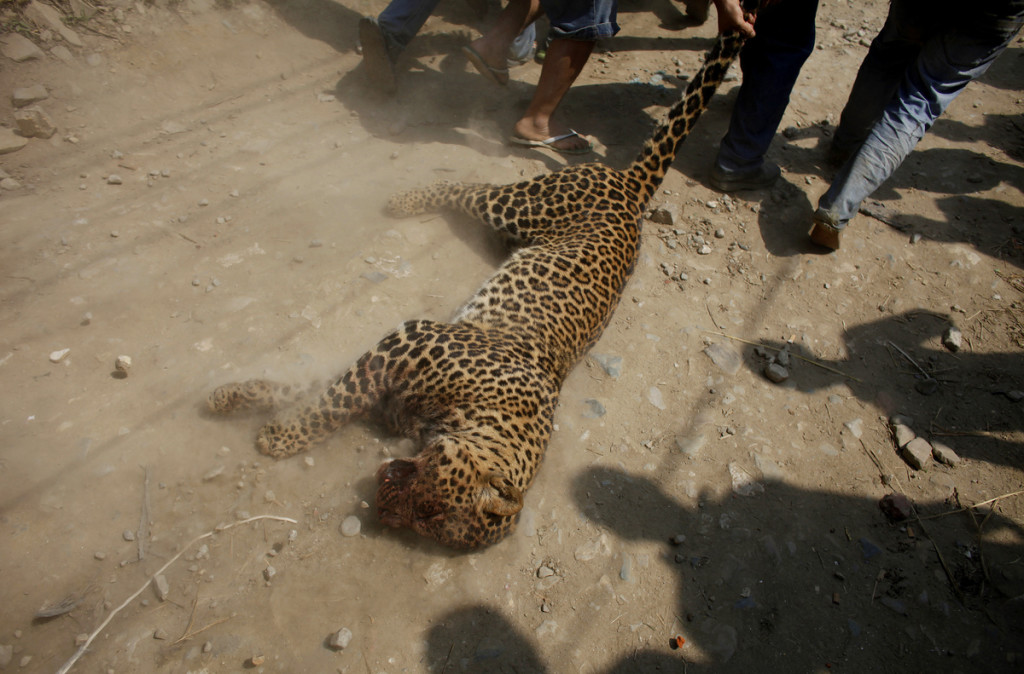 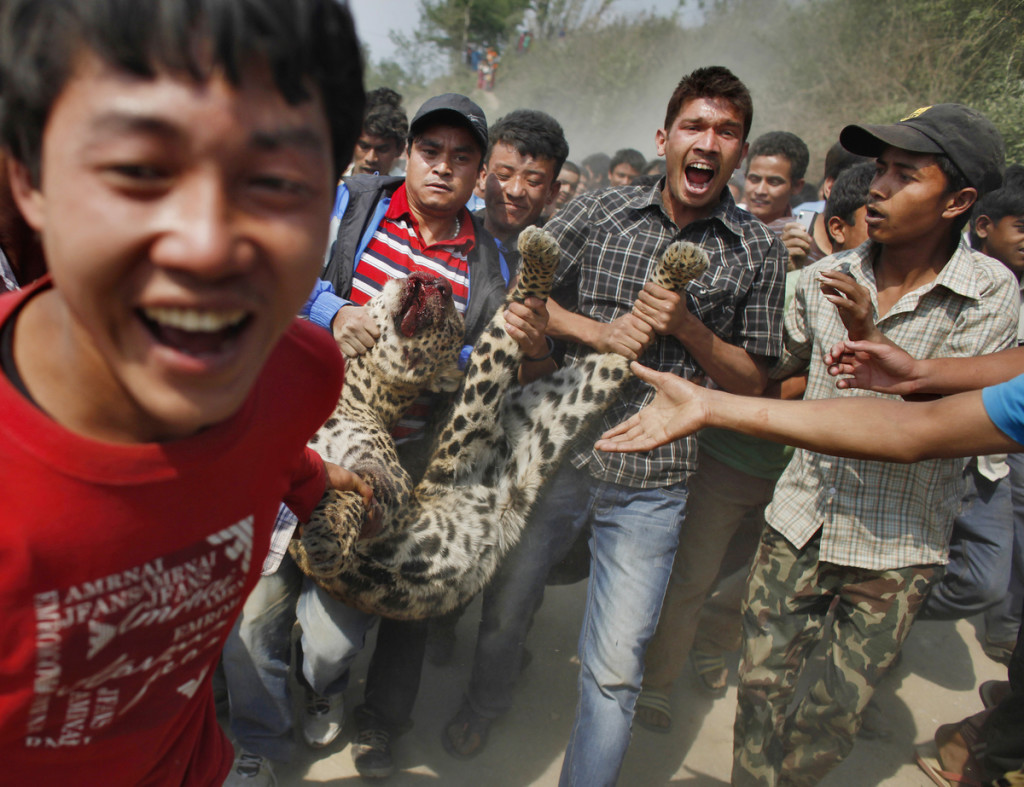 A leopard attacked 15 people including 3 policemen and 2 officials from the Department of Forest in Gothatar on Wednesday. Fair enough, there was a need to put the animal in control. Do we not have tranquilizers? Tranquilizing such wild animals is definitely a better idea than killing it. Furthermore, parading the dead animal around the streets… I am so saddened to see this. That was simply unnecessary. What have we proved with such an act? That we humans, we Nepalis are the wild ones? That we do not have the utmost sincerity to respect an animal that has just lost its life?

Please have compassion for all beings…

An article on Republica sheds more light on what really happened, have read:

According to inspector Surya Prakash Subedi, chief of Metropolitan Police Sector Koteshwar, the leopard, which was spotted in Gothatar VDC of Kathmandu district in the wee hours of Wednesday, ran amok clawing at every one on its way after being attacked by the locals.

As some of the locals angered the leopard by charging with batons and throwing stones, veterinary doctors from the Central Zoo, Jawalakhal, could not tranquilize it. The leopard was shot dead by the police later.

“After the technicians from the zoo failed to tame the leopard, we had to kill it,” said Subedi. “Had we not killed the leopard, it could have caused more damage.”

According to Subedi, the police shot at the leopard twice. And, when the leopard fell to the ground, angry locals thrashed it with batons, stones and bricks. The dead leopard was taken away by the staffers from the District Forest Office (DFO) of Kathmandu.

Read the full article on the Republica site, here.

Lex Limbuhttps://lexlimbu.com
Lex Limbu is a non-resident Nepali blogger based in the UK. YouTube videos is where he started initially followed by blogging. Join him on Facebook and follow him on Twitter.
Previous articleBadshala Releasing on April 19
Next articleSauraha to Pokhara Buses NOW With Wireless