UPDATE: He has been freed and is expected to leave Qatar soon (which was his original plan). He has also been made assure that the charges against him have been dropped. Tremendous support for the teacher in a matter of just few days, with one petition collecting over 13,000 signatures online. Hope he leaves Qatar as soon as possible and starts teaching in Nepal. (12/05/2013).

Dorje Gurung, a chemistry teacher at the international school Qatar Academy has been fired and is currently in jail following complaint made by 12-year old male students that the chemistry teacher insulted Islam and allegedly said “all Muslims are terrorists”. Honestly, I do not buy that. Why would someone who’s living in a Muslim state say that? I am sure he’s conscious enough of his surroundings and what can be shared and what can not. Just reading the comments on the Doha News article link will give people an idea regarding what may have gone down. Maybe the teacher was being bullied due to his Nepalese nationality? Do have a read of the article below and those that know more; feel free to share. Please refrain from making derogatory remarks to other religion or nationality… 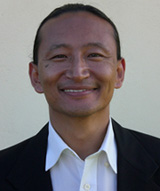 Here is the write-up by Doha News:

A recently fired Qatar Academy chemistry teacher has been in jail for the past week over charges of insulting Islam in front of students, his former colleagues have said.

The teacher, Dorje Gurung of Nepal, has denied the charge, which was apparently levied against him after an argument with 12-year-old male students that took place some two weeks ago at QA.

Gurung was fired shortly after the incident and had been set to leave the country last weekend. But he was called to the police station last Wednesday and has not been home since, his colleagues have told Doha News.

The Nepalese embassy has confirmed that Gurung is in jail, but said they do not have any more details. A lawyer working for the embassy told Doha News that it is sending a

letter to the Ministry of Foreign Affairs to request permission to meet with Gurung, who currently has no legal representation. Teachers said they are taking up a collection to help him pay for a lawyer.

Mike Hitchman, QA’s Senior School Principal, told Doha News he could not comment on the matter and referred all questions to Qatar Foundation, which said a statement is forthcoming.

Qatar Academy has just issued this statement to Doha News:

We can confirm that an incident recently arose involving a staff member at Qatar Academy which resulted in formal complaints being made regarding the manner in which students were addressed.

Appropriate action was taken by the school’s leadership for the teacher to depart from Qatar Academy. Since leaving our employment, we have learned that the incident is under investigation by the authorities. Therefore, it is currently inappropriate to comment further.

According to multiple sources, Gurung is accused of alleging that “All Muslims are terrorists,” among other remarks.

One QA colleague, who asked to remain anonymous to protect his job, told Doha News that the ordeal has had a chilling effect on faculty members.

“A lot of teachers are very nervous about their own jobs,” he said. “If they reprimand or discipline students, what’s going to happen to them?”

“It’s all very unfortunate. These 12-year-olds have really spun it out. Almost every year, a teacher has been let go for obscure reasons. Everyone is really upset and anxious.”

The embassy said it expects the investigation into Gurung’s case “will take time”.

Read this and comments at: http://dohanews.co/post/49928962182/qatar-academy-teachers-fret-as-former-colleague-jailed#ixzz2SmimwnYy

Lex Limbuhttps://lexlimbu.com
Lex Limbu is a non-resident Nepali blogger based in the UK. YouTube videos is where he started initially followed by blogging. Join him on Facebook and follow him on Twitter.
Previous articleNepathya Fever in UK!
Next articleUniversal Religion Nepal 2013 – Photos