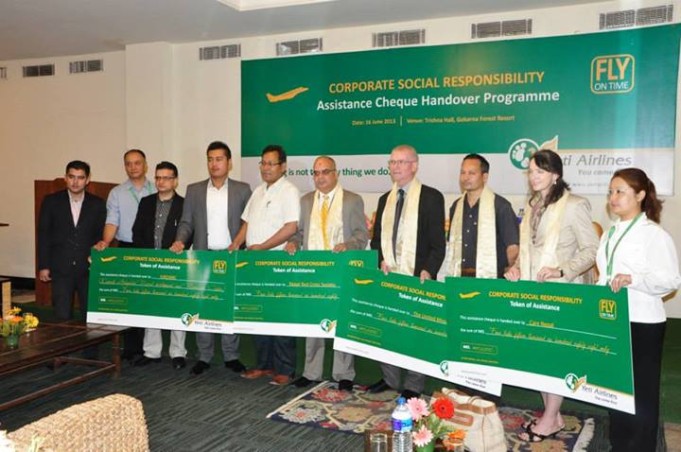 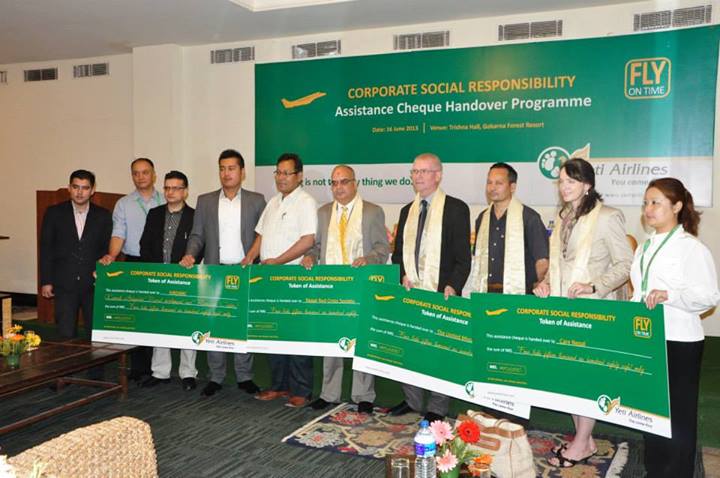 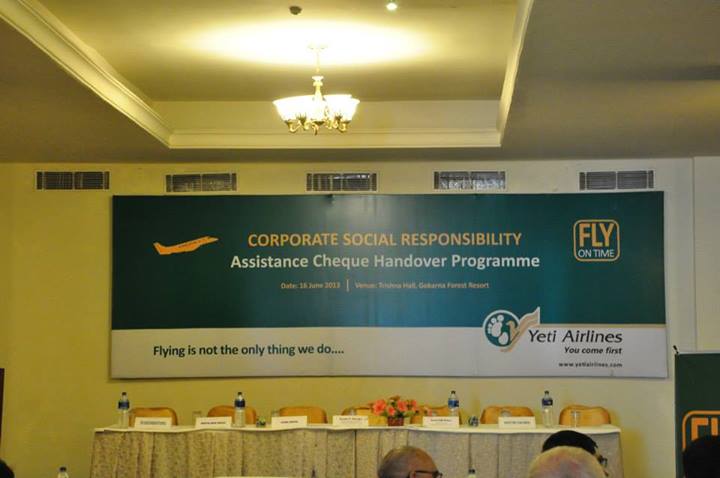 Nepal’s greenest airline donated just over Nrs 1.66 million (16 Lakhs) to four different organizations as part of its corporate social responsibility. Care Nepal, United Mission to Nepal, Red Cross Society and Save The Children all received Nrs 415,688 each. The cheque handover ceremony took place on June 16 at the Gokarna Resort in Kathmandu in the presence of deputy managing director Norbu T Sherpa and finance director Anoj Rimal. According to the airlines, they have donated over Nrs 10.06 million to various social organisations since the initiation of its CSR programme back in 2006. What an example! They also planted over 40,000 tree saplings in the Far Western Region in 2012 under its Green Far-West Project and recently supported the construction of Nepal Orthopedic Hospital in Jorpati by donating Nrs 10 Lakh rupees.

You know who to fly!!