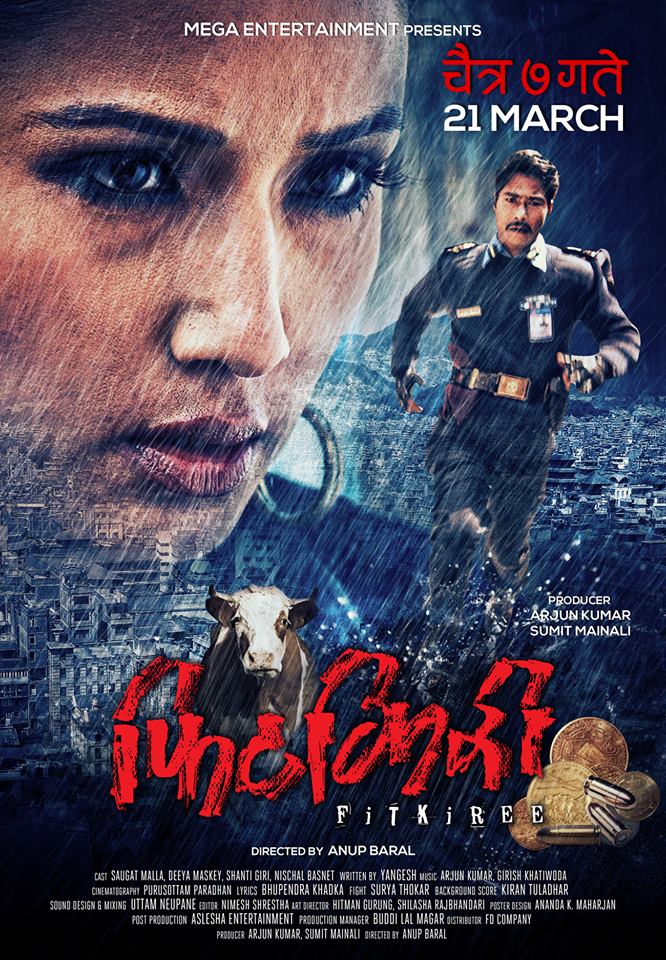 FITKIREE starring Saugat Malla and Deeya Maskey is all set for a March 21 release! The upcoming investigative thriller with a fuse of drama has been directed by the theatre guru Anup Baral and also stars the LOOT director Nischal Basnet. Fitkiree will be screened in Australia by Ekta Films. A premiere show in Sydney has been confirmed for March 23. The film is expected to be screened in Japan.