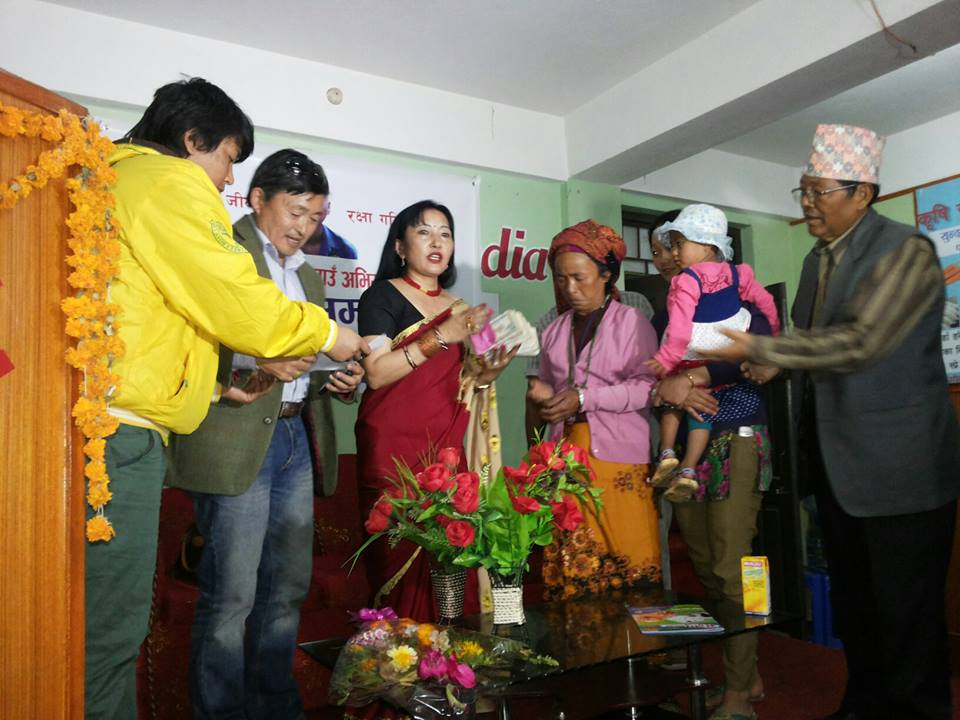 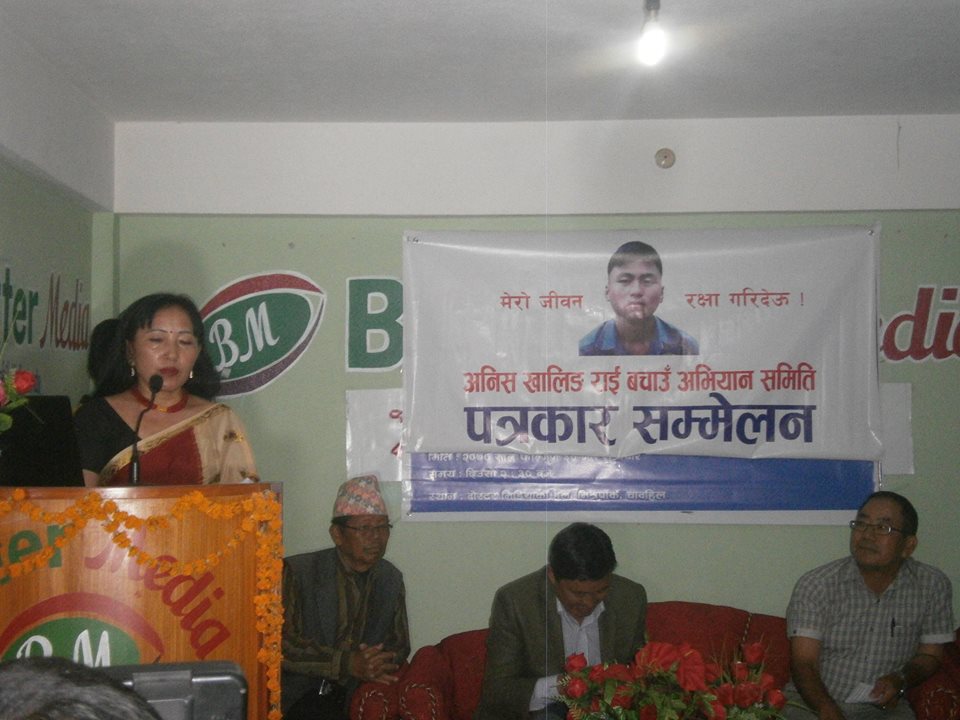 News about 23 year old Nepali worker Anish Khaling Rai’s death penalty in UAE for his involvement in the murder of a Pakistani national from over a year ago has spread like wildfire across the Nepali diaspora. The young Nepali migrants parents and wife have been sharing Anish’s side of the story to anyone and everyone willing to listen and that has definitely made an impact as the Nepalis from all over the world have been fundraising to meet the required amount for the release of the twenty-three year old. Donations from South Korea, UAE, Australia, Israel, Brunei, Nepal, Hong Kong UK and many more countries have poured into the Save Anish Khaling Rai Fund. Just few days ago on 17th March, a press meet was held in Chabahil between the hours of 2.30PM – 4.30PM where London based Bimala Pandhak handed over Nrs 4,26,050 to the parents and wife of Anish Khaling Rai. Pandhak shared that the amount that she fundraised was only possible due to the compassionate friends and family and the huge support that she received from her relative Balmiki Pandhak in Australia (Perth). Perth based Balmiki used the medium of Facebook and texts to update friends and family about the happenings of Khaling across the world.

The press meet was attended by local journalists, Save Anish Khaling Rai committee members, Anish’s parents and close family and friends. The current figure to be met for the release of Anish Khaling Rai is said to be (approx) Nrs 86 Lakhs. Any donations that exceed the Nrs 86 Lakhs has been agreed to be put towards a fund to help similar struggling Nepalese workers on foreign soil. Whilst many have fundraised for his release “blood money”, certain communities of Brunei and elsewhere have fundraised specifically for the future of Anish’s wife and daughter. UAE based Bishal Rai shared that Anish may be released within the next 6 months to 1 year.

The Save Anish Khaling Rai team have met the PM Sushil Koirala, NRN President Shesh Ghale and more to drum up support for the release of Rai.

Join Lex on Twitter!
Read More:
Nepali Youth Gets Death Penalty in UAE
A Nepali Sentenced to Death Gets Support From Korea

Lex Limbuhttps://lexlimbu.com
Lex Limbu is a non-resident Nepali blogger based in the UK. YouTube videos is where he started initially followed by blogging. Join him on Facebook and follow him on Twitter.
Previous articleTurtles in Trouble!
Next articleHema Shrestha in Upcoming Nepali Film HASIYA