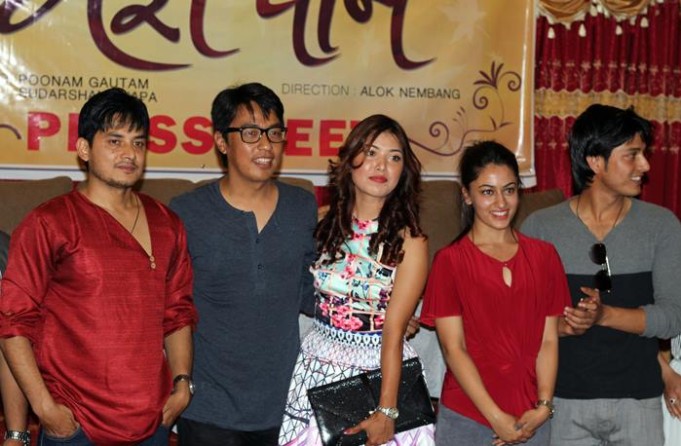 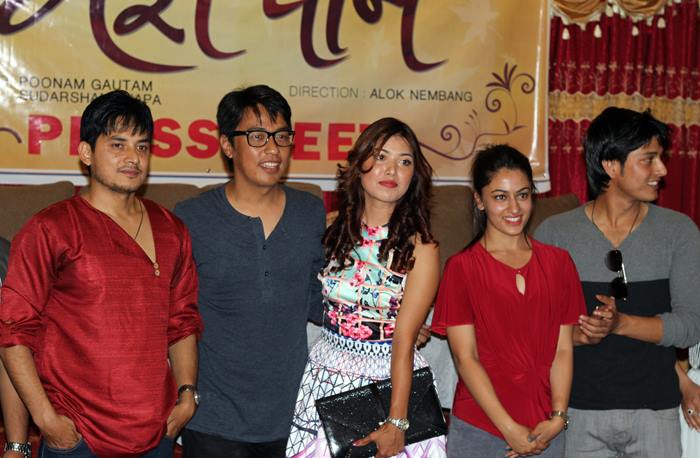 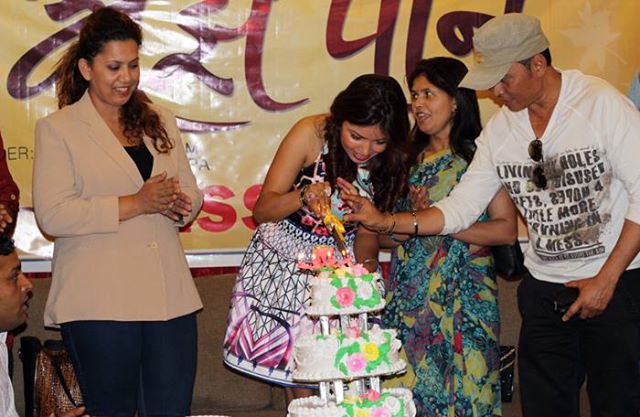 Director Alok Nembang will be giving music videos a break and switching over to direct his third feature film AJHAI PANI. The director who is well known for portraying romance and love in music videos and his previous films Sano Sansar and Kohi Mero will be working alongside director Sudarshan Thapa, Vijay Lama, Ram Sharan Pathak, Pooja Sharma and more. Director Sudarshan Thapa may boast of films including Dhanda, Madhumas and Mero Euta Saathi Cha but he is all set to leave directing for once and become a hero in AJHAI PANI.

The Alok Nembang film started production from the 2nd of May and is being produced by Sudarshan Thapa Production. The cast and crew of AJHAI PANI officially announced the film during an event at Siddhartha Cottage Cafe in Kathmandu on April 30. The event also celebrated the birthday of actress Pooja Sharma.

It’s been such a long gap since Kohi Mero, I am looking forward to AJHAI PANI.