I HAVE AN IDEA By Idea Studio!

So I attended the event I HAVE AN IDEA by Idea Studio yesterday at the Nepal Academy Hall. The talk which kicked off around 3PM featured Ani Choying Drolma, Paras Khadka and Nisha Adhikari as speakers and Anil Keshary Shah as the host for the few hour long event.

It’s brilliant to see such events taking place around Kathmandu. Those that need inspiration, that little bit of boost and a helping hand will get it by attending such events and meeting people who actually go to these events. It was even better when the speakers finished their talk and the mike went on floor for an interactive Q&A session. All the questions revolved around ideas, entrepreneurship and what one person can do to promote change! Now you might be wondering, what is all of this idea idea thing – to put it simply – if you have an idea! An idea that generates profit but works for the benefit of the society then all you have to do is head over to Idea Studio and share your idea with the team! Once the best ideas are short-listed, they will receive a months incubation period at Kathmandu University School of Management where those with the ideas will get taught about business, planning, proposals and all. There will also be an opportunity for you to present your idea to investors and key business figures. A number of ideas will turn into a reality and if you have what it takes and you truly believe it has the X Factor – then go for it!

I HAVE AN IDEA – EVENT

Now let me take you back to yesterdays event. The event kicked off nicely with our national anthem but jumping straight in, I was a little surprised to see Ani Choying Drolma take the stage first. I assumed it would be Nisha Adhikari, Ani Choying Drolma and then Paras Khadka. It just made sense… Paras Khadka is the man of the moment – one of the figures involved in taking the Nepali cricket team to the cricket world cup. He’s on his way to having that status which Rajesh Hamal has in Nepal. I am sure he’ll go way beyond that too. 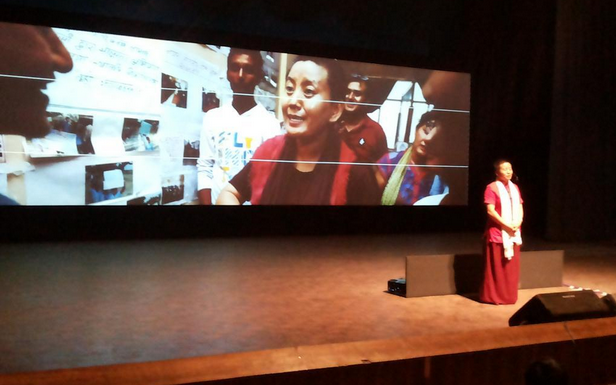 Ani’s talk was wonderful, brutally honest and came across very humble! She shared moments from her life that traced back to her early childhood and the positive and negative influences that has made her and shaped her out to be who she is today. Singing a few lines from her popular song “Phoolko Akhama” to end her time on stage was the perfect way to depart and say Goodbye to the 1000+ crowd of Nepal Academy Hall. 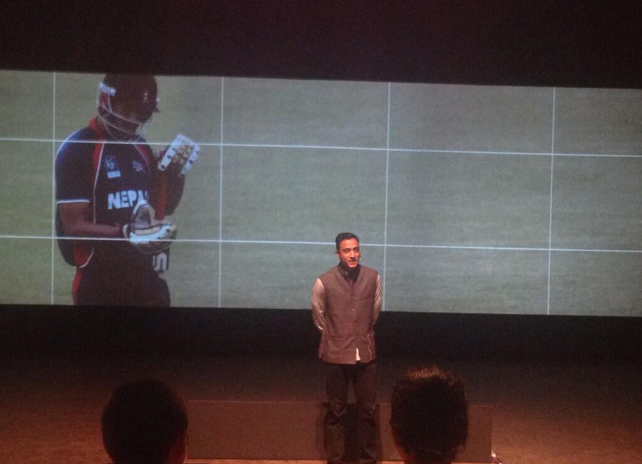 When the cricket hero Paras Khadka took the stage – the atmosphere was just euphoric! It felt like Nepal, like WE had just won all over again. Khadka spoke very honestly about the pressures of being the captain of the Nepal cricket team and emphasized the importance of teamwork in reaching the world cup! No dream is too big – from playing at Kathmandu’s Tundikhel to World Cup, they believed their dream and they are living their dream. When the panel of speakers were asked regarding how they deal with a low point – I loved the answer that Paras gave – he said he never gets low. That’s on point. He shared that there will always be someone better than you so you should focus on becoming as good as that person or even better! Well said! Hopefully that is something we will all apply as we go about our daily lives.

Fellow cricket hero Sharad Vesawkar was also in attendance. When the crowd came to learn of his presence, they literally raised the roof off the academy hall. It was a great moment. Vesawkar joined Paras Khadka on stage as the Nepali cricket team video reel began. It was an intense few moments. Even for non-cricket fans, it was a moment of huge joy! 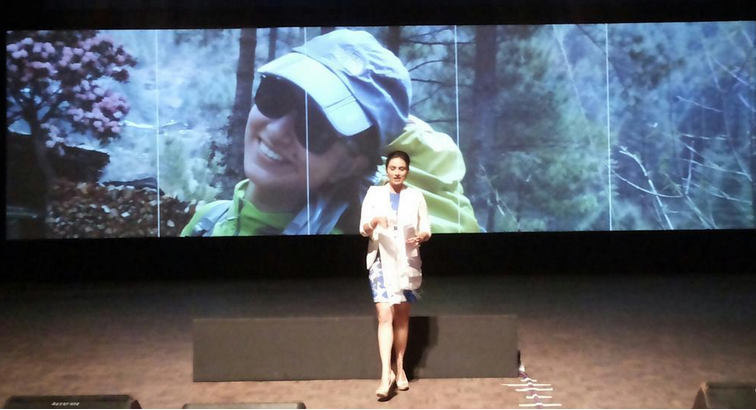 I felt bad for Nisha Adhikari… how was she going to top what Paras had just shared. It was evident that even she didn’t feel comfortable with her being the last speaker. I wish the organizers had spent more time regarding the order of speakers. Though I wanted Nisha Adhikari to shine and her Everest story to capture the imagination of each and everyone of us – to make us want to climb Everest – it didnt. As she talked about waking up, eating, walking and doing this and that – listening to her speak quickly became a painful experience. In addition to that, she didn’t help herself by saying “Im sure you are all lost…” and assuming that the crowd there knew zilch about mountaineering. Fair enough we may not – but that’s why you’re there to take us on a journey and really emphasize on a few key points, not to make us feel dumb. As she continued – someone from the balcony above shouted “bhayooo!” – so awkward. She quickly wrapped it up but of course, before she did, she said something about journalists and media which basically generalised every journalist and media figures in one little box. Lol. She’s quite something.

Anil Keshary Shah like always was on point and effective with his speech, wisdom and reflections on life and living! A well admired and hugely respected figure who continues to amass a huge following.

The event which kicked off on such a high and had it all going until it slightly crumbled right before some of our eyes. And “to be honest” and “to not lie” was one of the advice out of many thrown at us and this is just me being honest here.

Focusing on the main purpose – I encourage everyone out there with ideas to get involved and get sharing! If you believe you have an idea which is going to change your life and the lives of those around you then you should definitely get involved! It would be amazing to attend I HAVE AN IDEA next year and hear the stories of you guys at home. You can! We can! Lets make it happen!

I know that a lot of you were there too, do share what you guys thought of it.

Lex Limbuhttps://lexlimbu.com
Lex Limbu is a non-resident Nepali blogger based in the UK. YouTube videos is where he started initially followed by blogging. Join him on Facebook and follow him on Twitter.
Previous articleTANDAV Nepali Film Trailer – Watch Here!
Next articleWill Nepal Break The World Record for Largest Human National Flag?